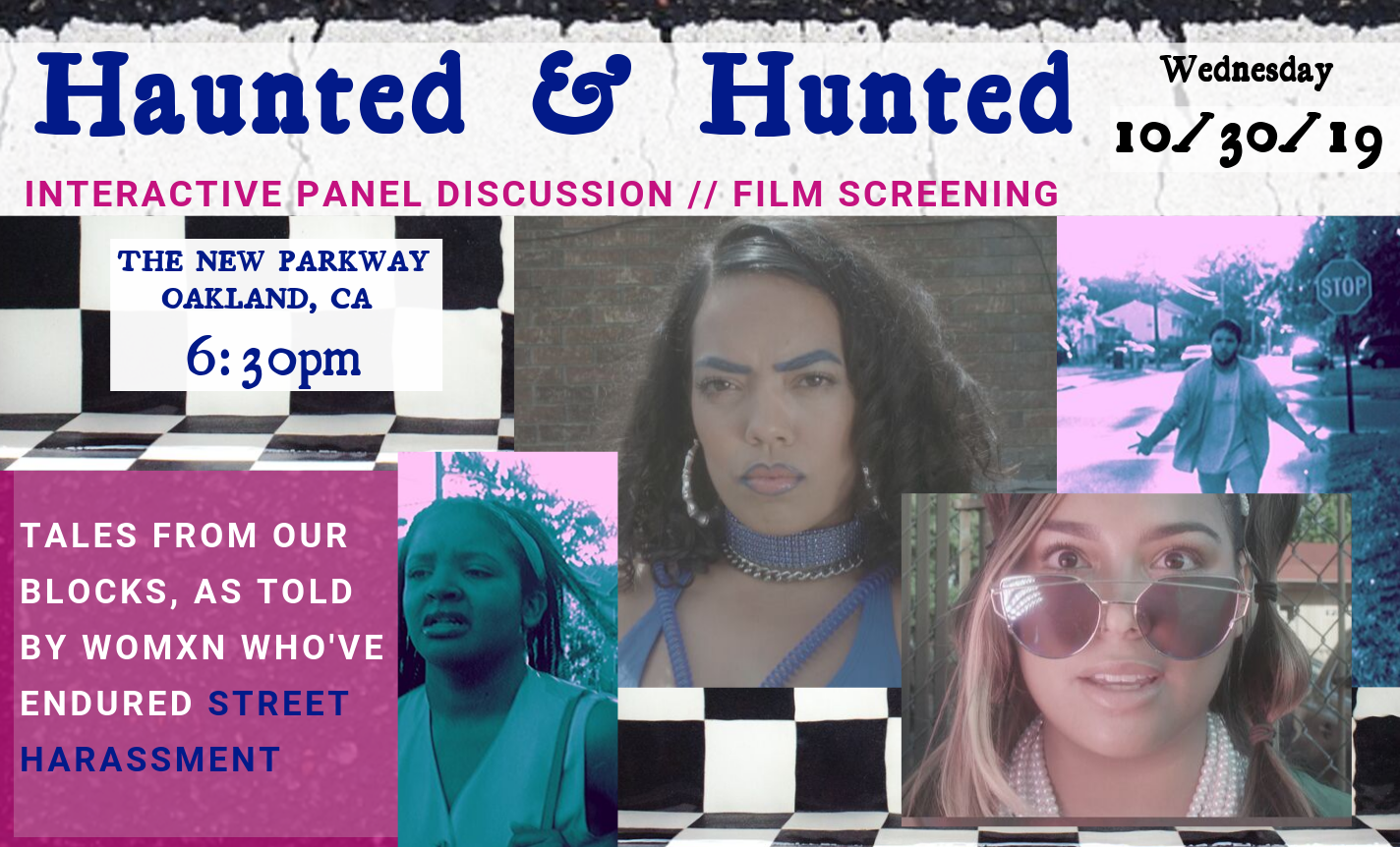 Join artist, Indigo Mateo and local activists as we discuss a culture that haunts our blocks: Street Harassment. Not only is street harassment a major cause of mental health issues for people who endure it, but also has led to loss of life. Trans women of color have the highest rates of street harassment ultimately ending in death.

A screening of Indigo's latest music video, "Yes Queen Yes Goddess ft. Lauren Jimenez" will open dialogue about harassment and violence against womxn, LGBTQIA and gender fluid people— and what we're going to do about it.

The night will feature performances and panel of Bay Area-rooted, artists and creators who will lead a public conversation on the impacts of street harassment, and how we be solutions.

Come dressed as your favorite freedom fighter or femme-spiration in the spirit of hollow's eve.