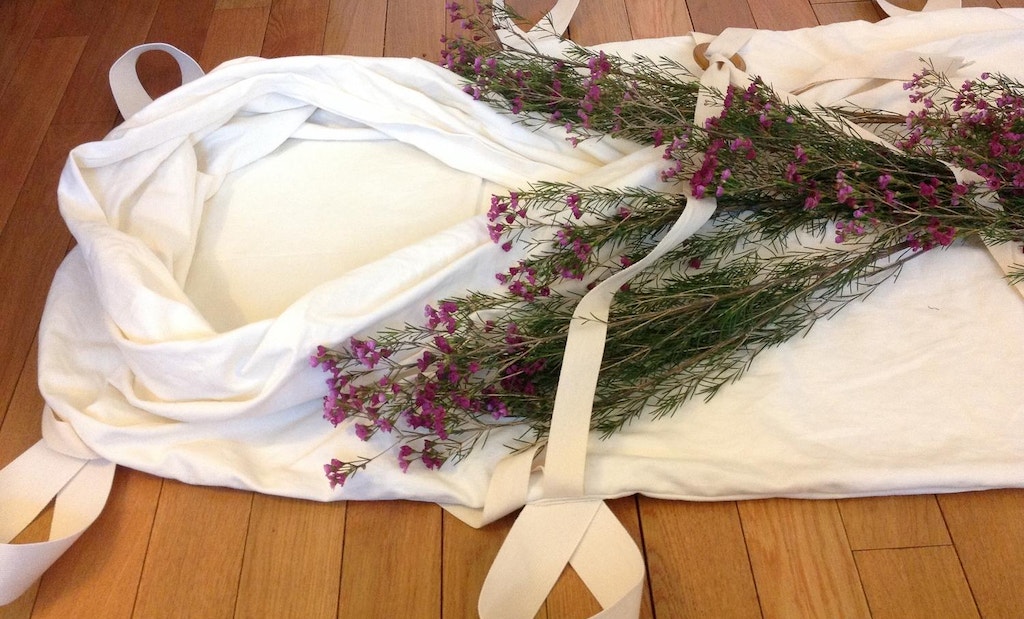 Join us an exploration of funerary traditions with funeral director Amy Cunningham. The rule of simplicity which works so well in life also works great after death also. As more families seize greater control over the cost and aesthetics of the American funeral, the casket may slowly fade from importance as the burial shroud rises to prominence. In this illustrated lecture by Brooklyn funeral director Amy Cunningham, we'll study the employment of shrouds and garments in Hindu, Jewish, Christian, and Muslim traditions. We'll gaze at the best shrouds in religious and art history, and see burial fabrics fit for emperors (Charlemagne's shroud was indeed a knock-out). Our lecture will conclude with a discussion of present-day, eco-friendly, shroud making. You'll learn why the burial shroud is the rock star of today's greener burial movement. We'll also study the work of several clever designers who hope we'll start taking our final outfits as seriously we select what we don every day.

Amy Cunningham was a magazine writer before her dad's memorial service got her caught up in the power of a good funeral. She graduated from the American Academy McAllister Institute of Funeral Service in 2010, and today owns Fitting Tribute Funeral Services in Brooklyn, a firm specializing in green burials, home funerals, and cremations at Green-Wood. When she's not helping New York City families with an end-of-life service, she maintains a lively blog called TheInspiredFuneral.com.

NOTE: This talk is part of Boos in the Borough: A Brooklyn Historical Halloween, a free event taking place from 6:00-9:00pm.