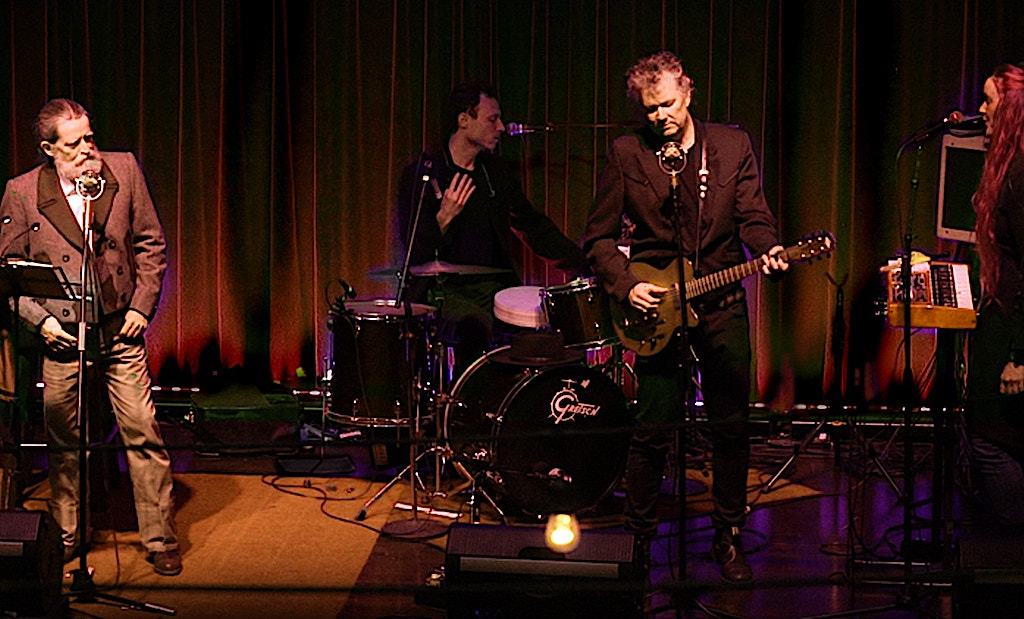 They are nights in which love letters to life are written and read. There’s some boldness in them. They have that tone. These nights have the mark of our time upon them, and they’ve become timely, urgent, alert, steeped in mortal mystery, quixotic, with some swagger. What would you call such a thing?

The doors are pried at night’s end, and still many linger and can’t leave or won’t, and there is something like victory in the air, and a weary, luminous midnight rumour that, people heretofore unknown to each other, can still join for the sake of the young among them and for the world entrusted to them, and that the Mercies count us kin, and that wonder is the currency of the Gods.

"What Stephen and Gregory were able to conjure is something rare and mysterious. A true gift…” ~ ZD

"At times a distant wail, and then a love song breathed right into the ear. These two skilled practitioners of rhythm could teach a stone to swim…” ~ AS