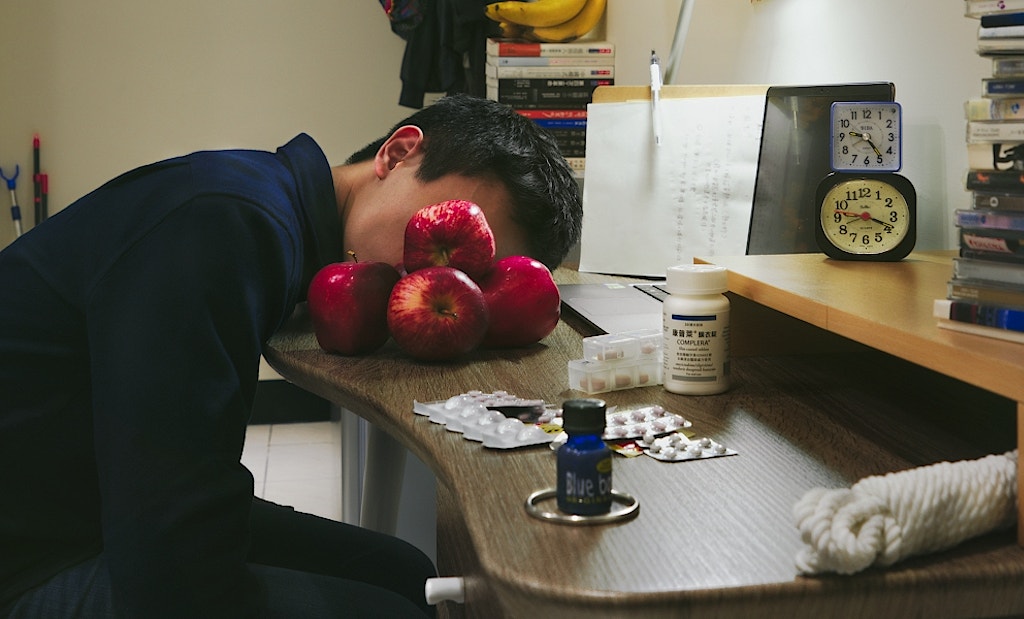 The story goes that two artist projects focused on HIV—Humans as Hosts & Luv ‘til it Hurts—‘met’ in NYC, and Reimagine End of Life festival is the context for an intimate chat and hanging out with friends. Making new ones. Seeing a new piece by Pony Zion. It looks like a panel, but it’s more like a ‘discussion’… on stigma and HIV in different parts of the world. New networks. New strategies. Right now.

Despite the fact that medical treatment is accessible for HIV positive individuals, the issue of stigmatization persists and manifests in unpredictable ways pervasively … globally. Antiretrovirals block viral replication and can prevent further transmission, however they do not counter the stigma related to HIV that can manifest as familial shunning, discrimination and moral condemnation against those who are diagnosed. These things jam up our mental health and arguably cause more suffering than do physiological symptoms. As we ‘reimagine end of life’ in relation to HIV, how do advancements in medicine and public health, a continually broadening global dialogue, and relative levels of peer-support—depending on geography, family acceptance and culture among other conditions—factor into the equation?

Starting in 2017 in Taipei, Taiwan, Kairon Liu began working with local NGOs, healthcare providers, and social networks to meet HIV+ individuals he would then get to know, interview in their living spaces, and photograph. This collection of stories grew to become Humans as Hosts, a collection of stories that tease out attitude, mental conditions and the general living environment of Kai’s subjects.

Luv ‘til it Hurts is a new campaign that aspires to become a meaningful support mechanism for HIV+ artists and their peers initiated by Todd Lester. Todd sees Humans as Hosts is a network methodology, whereby Kairon incorporates the lived experience and networks (healthcare and otherwise) around him into his interview and photo-documentary process. And, he would tell you that he is hoping to gain new friends in the process. Kai invited some of those friends tonight.

The discussion will consider how a few artist- and everyday practices address HIV awareness and its related stigmas. It will take a historical look through the lens of Ballroom. And, just like the artist practices of Kai and Todd, and the everyday roles of House of Zion, #HouseLivesMatter, APICHA, Hetrick-Martin, VisualAIDS and other groups, this ‘discussion’ is a process of meeting people and understanding things we didn’t before.

It’s still early. Please join us. Please help this discussion to be the continuation and evolution of other important talks … something we may all be accountable to moving forward.

Kairon brought Humans as Hosts to NYC this year through a partnership between Residency Unlimited and the Taipei Cultural Center in New York, and exhibits a combined series from the two cities at El Museo de Los Sures (Williamsburg) from October 18th thru 28th, a solo show called Luv ‘til it Hurts.

Todd Lanier Lester is an artist, writer and cultural producer. He lives in São Paulo, where he works with Associação Espaço Cultural Lanchonete—a project focused on the right to the city—with a group of fellow city dwellers. Todd founded freeDimensional, a network that helps artists in danger by providing safe haven in participating artist residencies, He is a Senior Fellow at the World Policy Institute and a Research Associate with both Laboratório para Outros Urbanismos at the University of São Paulo and Culturizing Sustainable Cities at the University of Coimbra. Todd serves as advisor to arts, rights and literary organizations in India, Mexico, Brazil, Germany and the US. freeDimensional (2003-12) and Lanchonete.org (2013-17) began a series of durational, rights-focused, multi-stakeholder art works for which Luv ’til it Hurts (2018-20), a project on HIV and related stigmas is the last.

As a visual artist and photographer, Kairon Liu’s practice reflects his observations on diverse beliefs in human society through the creation of narratives exploring different issues related to religion, disease, and universal values. Since 2017, Liu developing the project Humans as Hosts focused on understanding the living situation of people with HIV and heightening awareness about AIDS. In collaboration with social networks, NGOs, and public health authorities, Liu recruits HIV-positive individuals to volunteer as participants. The resulting images/archives are to be viewed as the proof/disproof of the stereotypical prejudices and stigmatization produced by the public. http://www.kaironliu.com/

Malaya Mañacop is a social worker, health educator, and community organizer based in New York City. She began organizing work while she was a student at San Diego State University for her bachelor’s degree in Business Administration. She continued to follow her passion of social justice and organizing work in NYC, where she earned her master’s degree in social work from New York University – Silver School of Social Work. She currently works with Hetrick-Martin Institute (HMI), an after-school program that serves LGBTQ youth and young adults (ages 13 – 24). At HMI, she coordinates the Community Promise program, a paid internship program for young people living with HIV. Malaya’s work is rooted in healing justice, anti-imperialism, and anti-oppression, while centering queer and trans people of color.

Phillip M. Miner Queer Advocate and profiler of Queer Artists. He is currently the Director of Grants and Communications at Apicha Community Health Center in NYC, Founder of Outspoken Collection, and all around nice guy.

Canadian born Theodore Kerr is a Brooklyn based writer, organizer and artist whose work focuses on HIV/AIDS, community, and culture. Kerr’s writing has appeared in Women’s Studies Quarterly, The New Inquiry, BOMB, CBC (Canada), Lambda Literary, POZ Magazine, The Advocate, Cineaste, The St. Louis American, IndieWire, HyperAllergic, and other publications. In 2016, he won the Best Journalism award from POZ Magazine for his HyperAllergic article on race, HIV, and art. In 2015, Kerr was the editor for an AIDS-focused issue of the We Who Feel Differently journal.

Luv ‘til it Hurts and this panel discussion is made possible with support from Ford Foundation and the Institute of International Education. Additional support provided by APICHA CHC | Community Health Care in New York City.