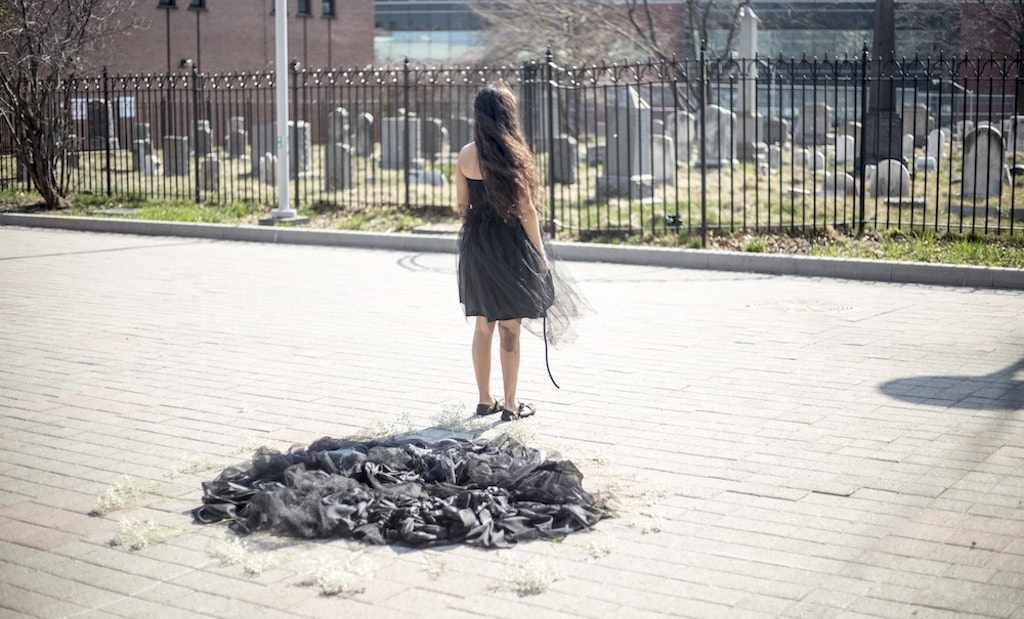 The ritual performed at Washington Square Park, Remembrance: For Those Whose Bodies Lie Beneath the Earth-Known and Unknown, activates discussion around the sacredness of land, bodies, and spirit realm.

This ritual investigates the injustices around the founding of Washington Square Park and acknowledges the human suffering that lingers there through the use of symbolic movements and offering a prayer for its healing. The area of land that the park is on became settled by indigenous peoples around 12,000 years ago and in the early 1600’s settler colonists brought drastic changes to the way of life there. In 1797 part of the land was a Potter’s Field for the burial of thousands of people, many of which died of yellow fever and others considered indigent. By 1827, to raise property value, mayor Philip Hone received the approval to cover the burial ground with what would become known today as Washington Square Park.

Thinking of such an act makes me hyper-aware of the land everywhere I step and wonder who may have died there. This deep sentiment reminds me that all land is sacred. The ritual, Remembrance: For Those Whose Bodies Lie Beneath the Earth- Known and Unknown, acknowledges the countless bodies who have suffered and continue to suffer injustice, illness, and neglect, to summon better ways of thinking and being for humanity.