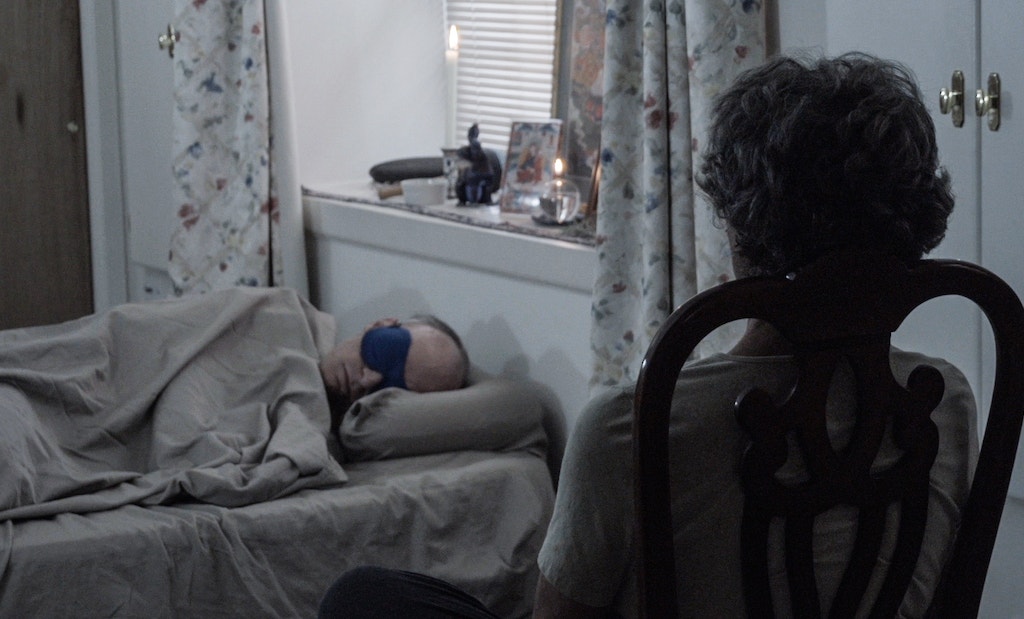 As part of "The Dying of the Light: Death in the Cinema" - a selection of films that delve deeply and unflinchingly into the experience of death and dying - Anthology Film Archives presents a special screening of TOMORROW NEVER KNOWS, a sensitively rendered documentary looking at the life and death of Shar Jones, a transgender person living with early onset Alzheimer’s Disease, and the difficult choice he and his wife Cynthia Vitale faced as the couple struggled to figure out how to proceed amidst his chaotic decline. Instead of letting his memory slip away and burdening Cynthia with years of care, the film highlights the couple’s journey as Shar pursues a conscious death. With an intimate visual style, Shar’s tale of gender identity gives his choice in death an especially telling element. Implicitly the right-to-die movement comes front and center, expanding on notions of authorship over our own lives. Departing from a linear depiction of Shar’s story, TOMORROW NEVER KNOWS instead explores slippages in time, consciousness, and the process of letting go. Engrossing, rich, and multilayered, this first feature is a tragic love story offering profound implications for increasing awareness about choice in living and in dying.