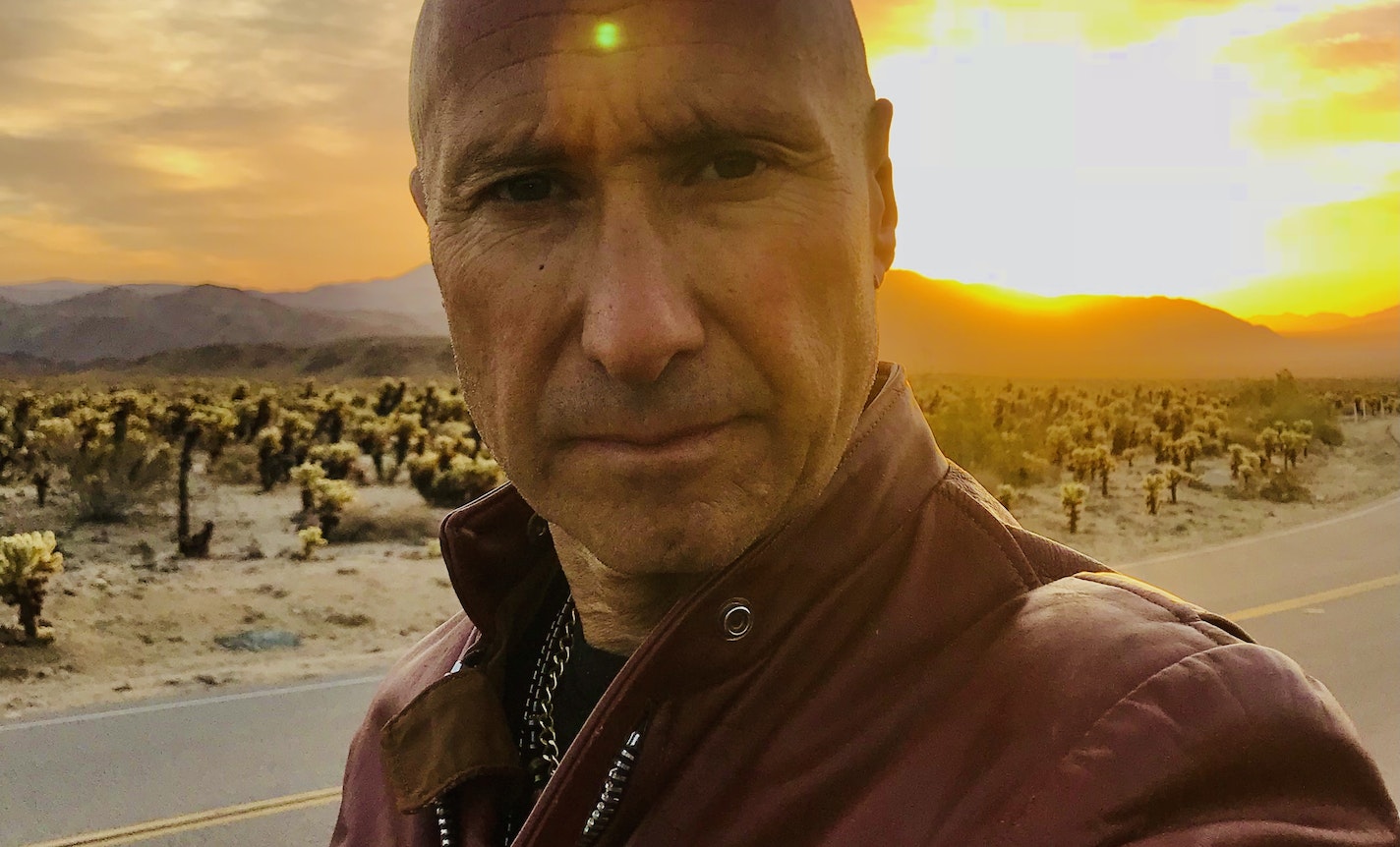 Two California artists- Bravo Valenti and Guy Turner- discuss how they plan to use art and nature to help people heal from grief and loss while creating an eternal legacy to honor their loved ones.

California multi-media artists Bravo Valenti and Guy Turner discuss the inspiration behind "Thank You I Love You," their plans for an alternative to traditional cemeteries to be set in the Joshua Tree desert, as a healing space for grief and loss for those whose loved ones have been cremated. Although the majority of Americans now are cremated- on the West Coast it is over 70%- there has not been as widespread a shift in how people handle grief and loss. Harnessing the healing power of the desert's unique energy vortex, the artists are developing a site-specific large outdoor art experience called "Thank You I Love You," which offers participants an opportunity to heal from loss by creating art- and no experience is necessary. People who want to honor their loved ones will create artistic tile memorials that are permanently placed within the artscape walkway surrounding "Thank You I Love You," a translucent glass-resin sculpture designed to illuminate "gratitude and love," the two key healing emotions the artists help the bereaved explore more deeply, until their loss is transformed into the creation of an ancestral legacy for generations to come. "When we create art," explains artist Bravo Valenti, "we open up the portal to becoming ancestral guides. To experience this first hand is to overcome loss, as it is transmuted into something beautiful and eternal, in honor of our loved ones." Bravo and Guy see "Thank You I Love You" as a prototype for art-and-nature driven alternatives to the cemeteries of the past. "We believe it is time to have a shift in consciousness around so called 'end-of-life." both artists proclaim. "Through the creative process, we reconnect with the life-death continuum," explains Bravo, who also shares his unexpected journey as a medium, which he directly attributes to his artistic journey. Both Bravo and Guy openly share their own struggles with grief, loss, cremation- and how they came to change their own attitudes about death and bereavement to now embrace "the life-death continuum" as they now prefer to call it.

This event is in honor of Victor Vasarely, Carl Berkowitz

Known as "The Father of Op Art," Hungarian modern artist Victor Vasarely was the first 'deceased' artist who contacted me, shortly after I realized I had become a medium. He shared with me that the message I had previously received of "Thank You I Love You" during a mystical experience was, in fact, a mantra I was to share with the world to teach humanity that "gratitude'' and "love" are the keys to our survival as a species. Carl Berkowitz, my younger brother who died at age 17 in an accident, was the first visit I ever received from a spirit, almost 40 years after his passing on."