Each Reimagine event week is shaped by local event hosts, the production team on the ground, and unique qualities of each city.

Reimagine was initially prototyped in San Francisco in 2016 as part of an effort to investigate the intersection of art, community, and end of life. Importing Reimagine to New York City required a bit of cultural translation and transformation in order to spark community-wide conversations about end of life. While both cities take pride in having leading-edge medical centers, lively arts communities, innovative design industries, and diverse populations (many of whom struggle to remain as housing costs continue to rise), scale is the primary factor that sets them apart.

Early on the Reimagine NYC team recognized that SF’s grassroots approach was necessary to fill programming gaps such as conversations about suicide and violent death, creating convening opportunities for caregivers and the sick, and centering the experience of communities of color. At the same time, a metropolis of 8.5 million required a concurrent strategy to cultivate relationships with mid and large-sized cultural institutions such as library systems, public radio stations, museums and decentralized service organizations. In this year-long process to bring Reimagine to New York, several thematic clusters emerged both intentionally and organically: inequities in end-of-life care, an exhibition and series of public programs on comics, graphic memoir and medicine, workshops and presentations on the art of writing, a film series, programming for children and families, a “Conversation Sabbath,” and a wide range of participatory rituals reflecting Buddhist, Christian, Hindu, Jewish and indigenous traditions. While exciting opening and closing events bookend the week-long Reimagine experience--reflecting John Leland’s description of Reimagine as the “SXSW®” of death and dying”--it’s the homegrown activities shaped by citizens and groups that are the heart and soul of this endeavor. We’re trying to meet New Yorkers where they’re at geographically, intellectually, and spiritually. Join us on this journey to wonder, remember, and prepare for the life-cycle event that binds us together. 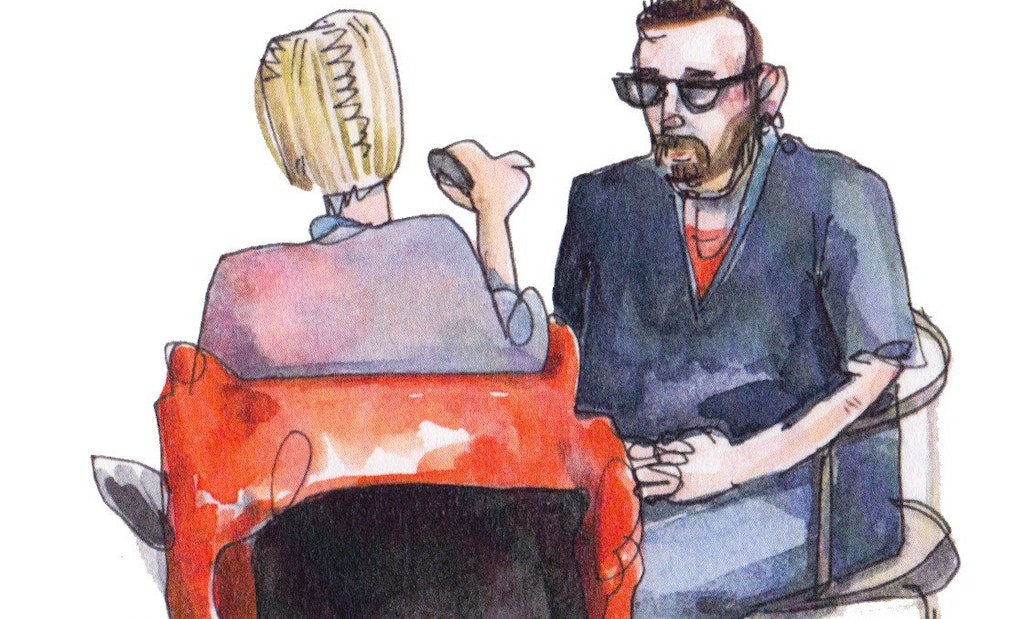 Storytelling--- visual, textual, and the powerful combination of the two in comic form-- is an effective and healing medium for exploring extreme situations and the emotions they create. This exhibition Death Panels: Comics That Help Us Face End of Life and related series of workshops and talks feature the work of comic and illustration artists who share stories about life-limiting illness, acute care medical decision-making, dying, and death. This project arises from two sub-disciplines within the health humanities: Graphic Medicine and Narrative Medicine. Graphic Medicine refers to the intersection of comics and health care. Narrative Medicine refers to medicine practiced with narrative skills of recognizing, absorbing, interpreting and being moved by the stories of illness. Curated by MK Czerwiec, a nurse who uses comics to contemplate the complexities of illness and caregiving. She is the Artist-in-Residence at Northwestern Feinberg School of Medicine and a Senior Fellow of the George Washington School of Nursing Center for Health Policy & Media Engagement. 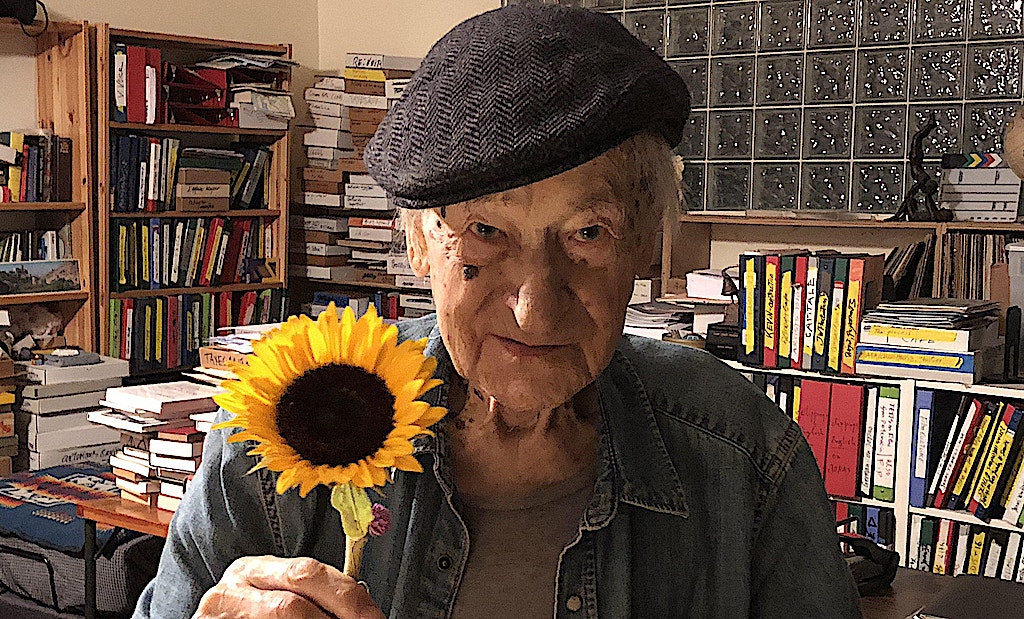 Reimagine is a citywide event to share hopes, fears, and experiences about end of life. Because cinema is such an immediate and powerful medium to communicate narratives about wonder, remembrance and preparation, Reimagine--in partnership with various film and media arts organizations--has assembled a film series that showcases contemporary and classic films that examine death and dying. Two of the greatest living filmmakers--Jonas Mekas and Frederick Wiseman--are represented in our programming, as well as some of the newest voices in documentary. Kicking off the film series is author and New York Times journalist John Leland who will be in conversation with 95 year-old legendary filmmaker Jonas Mekas at Anthology Film Archives. Mekas is featured in Leland’s recent book Happiness is a Choice You Make: Lessons from a Year Among the Oldest Old. The week is bookended with a special Museum of the Moving Image screening of Mrs. Fang (2017), Wang Bing’s intimate portrait of an elderly woman dying from Alzheimer’s in a rural Chinese village. Programming partners for the Reimagine Film Series include Anthology Film Archives, The Film Society of Lincoln Center, Green-Wood Cemetery, Marlene Meyerson JCC Manhattan, Museum of the Moving Image, Union Docs, and Queens Public Library. 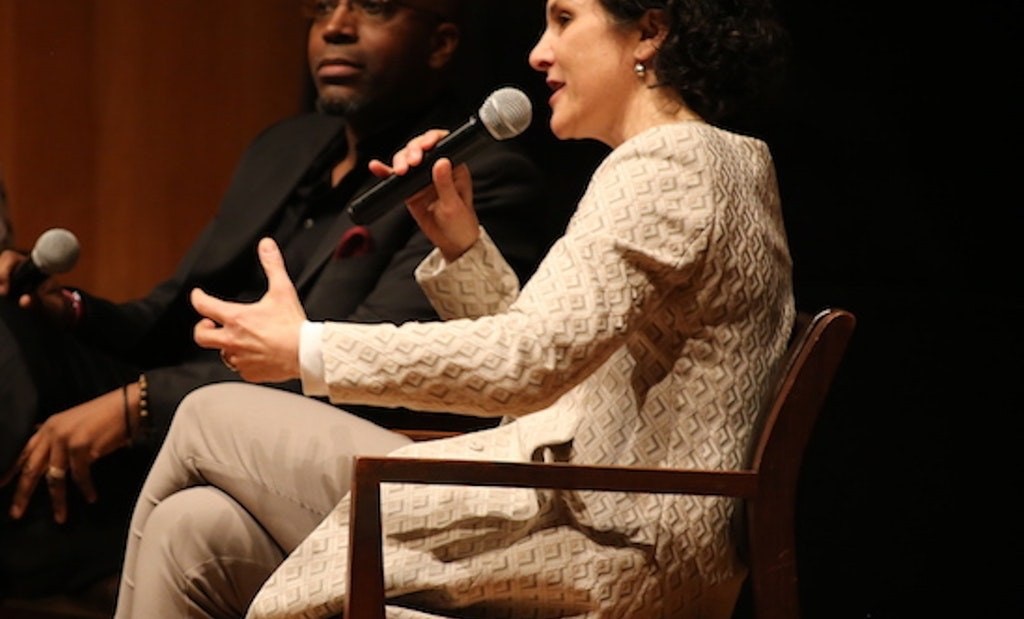 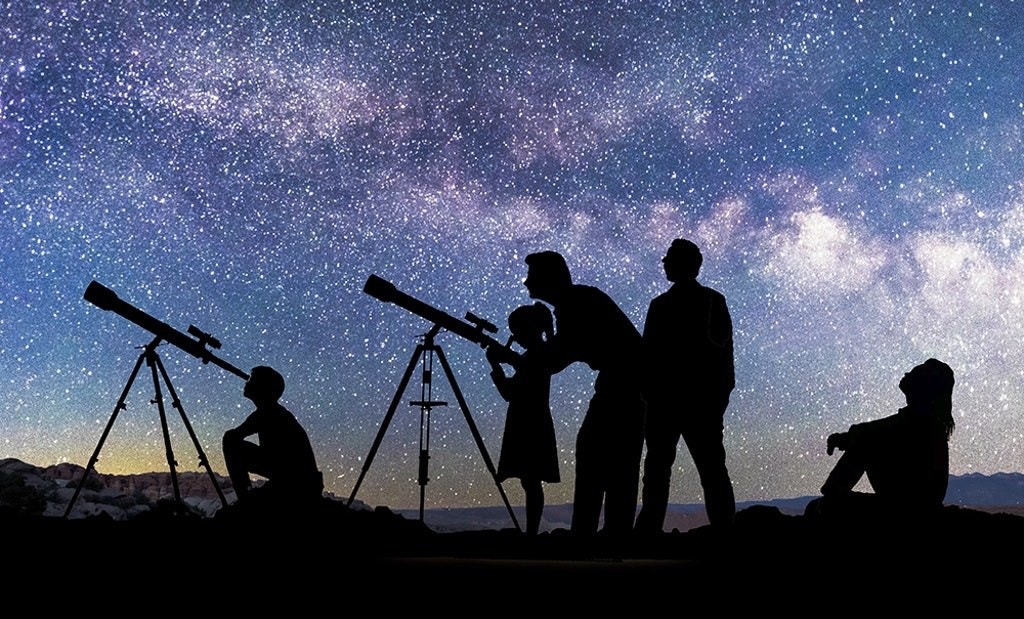 See Full List of Programs for Children and Families 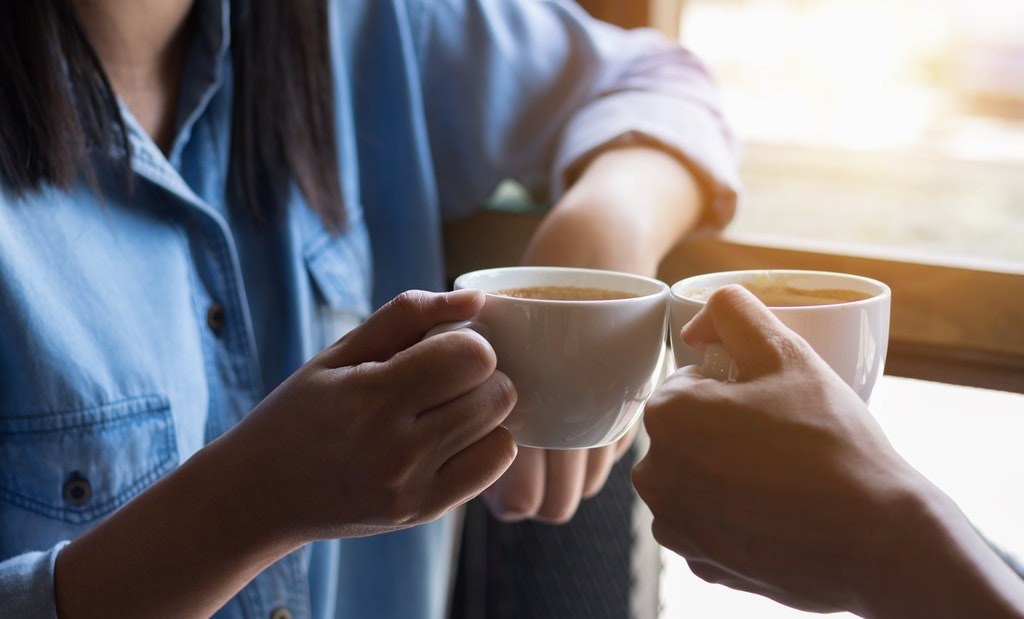 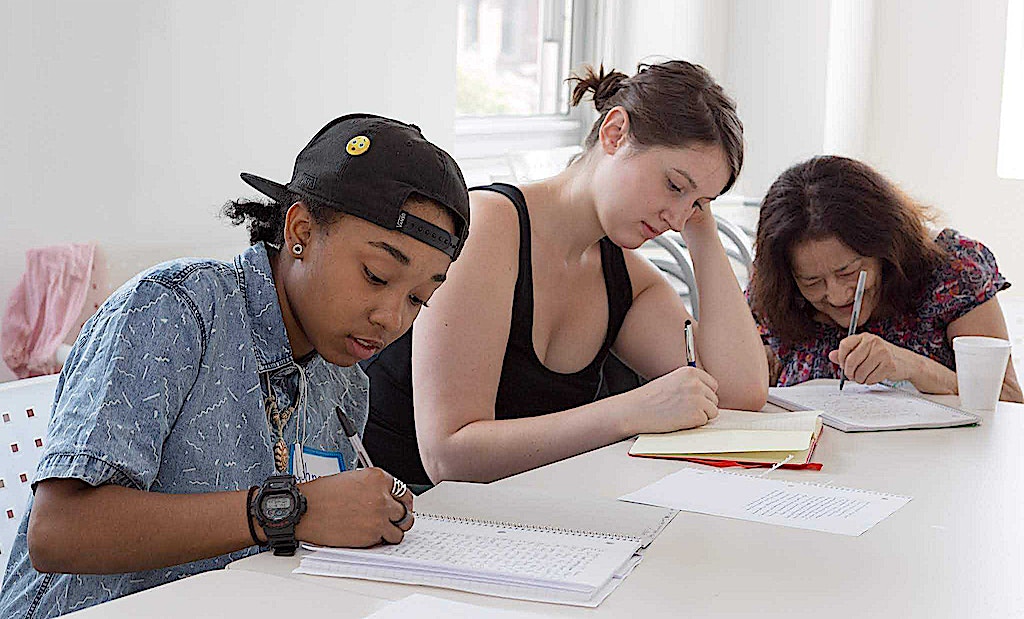 The Art of Writing

See Full List of Discussions on the Art of Writing 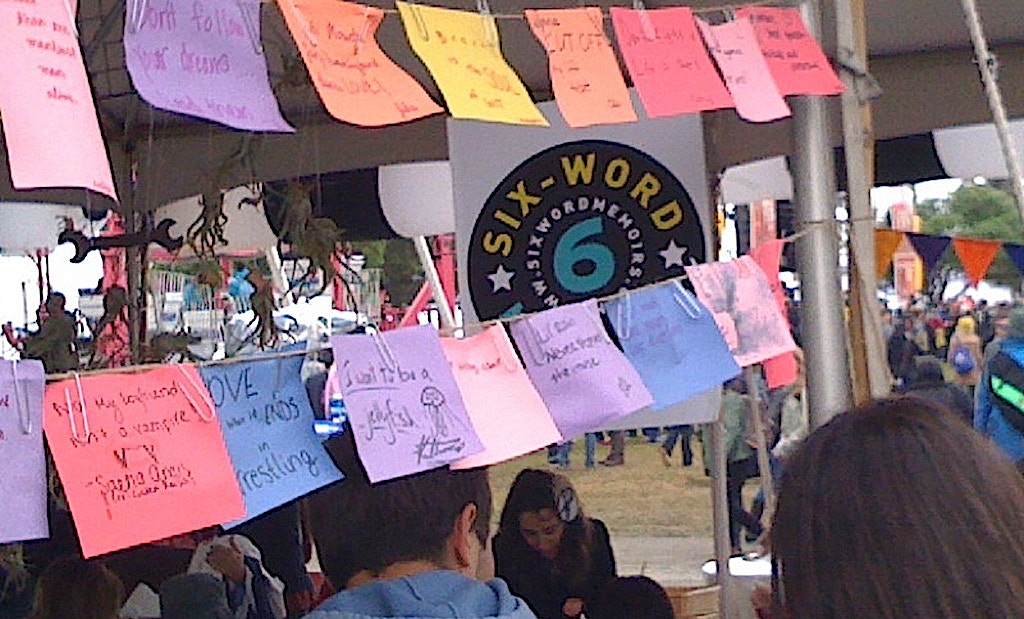 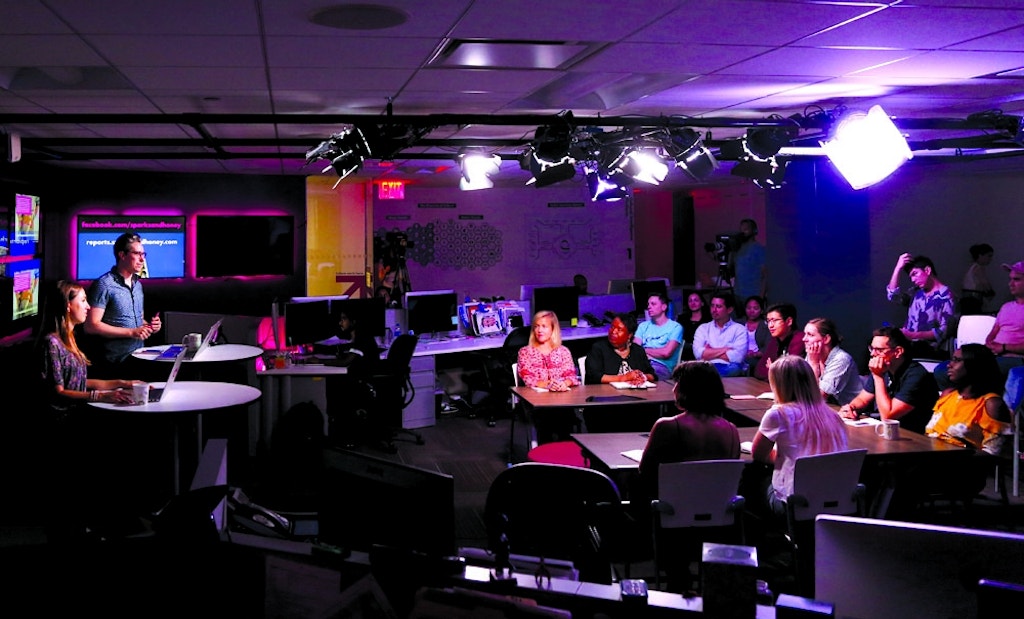