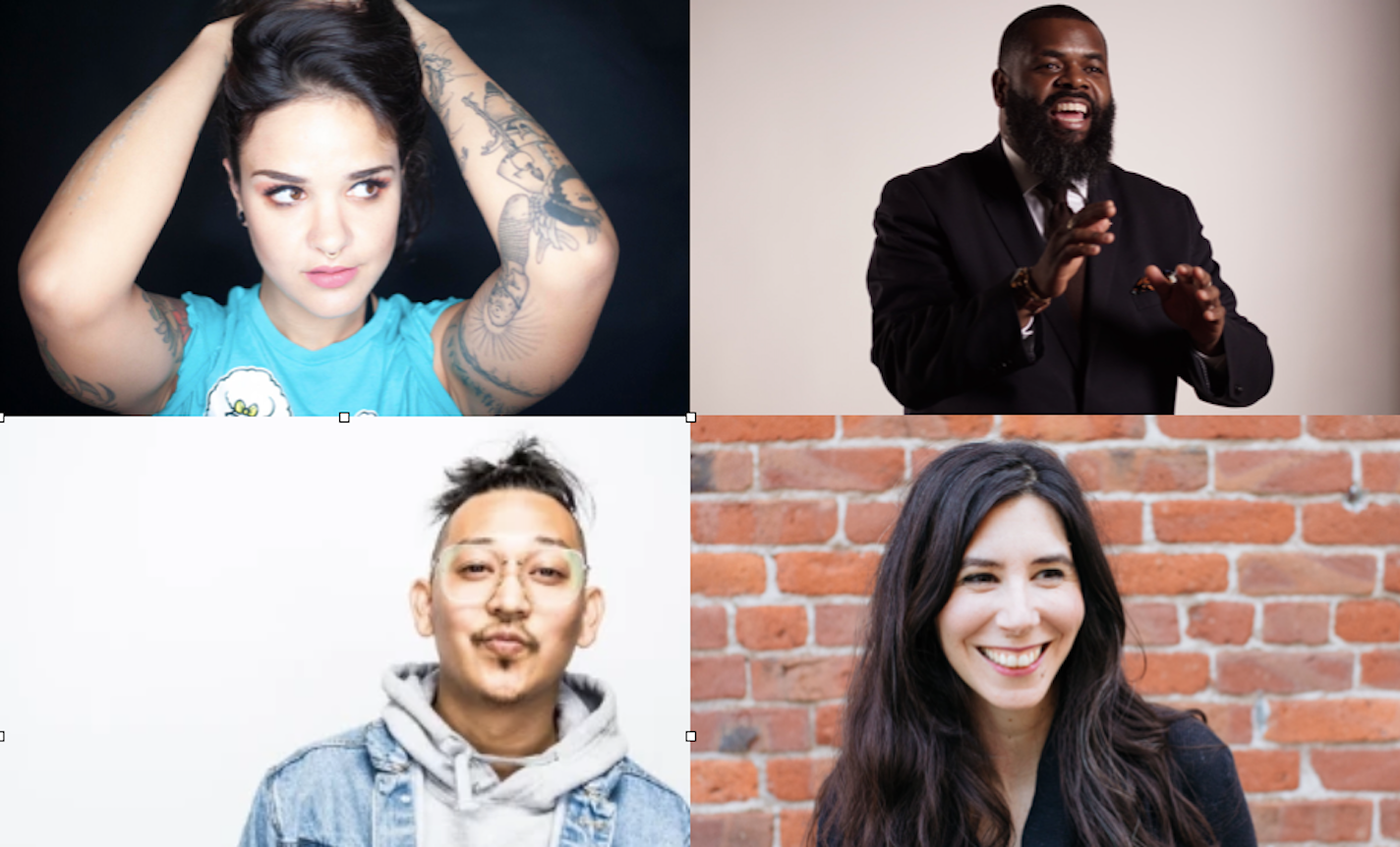 Spooky stand-up comedy and storytelling about the afterlife with top Bay Area comics during California Academy of Sciences biggest party of the year on Halloween: Creatures of the NightLife.

Comics Andrew Orolfo, Anica Cihla, Kaseem Bentley, and Dara Kosberg will share ghost stories based on their personal experiences with the afterlife - that are sure to give you a good scare and laugh, potentially at the same time!

Filipino American, Andrew Orolfo has been named one of the country’s "top knot" comedians by... don't even ask, just go with it. An established staple in San Francisco comedy, he has been featured in SF Sketchfest, Limestone Comedy Festival, Bridgetown Comedy Festival and Comedy Central Clusterfest. He can be heard on Sirius XM Radio and seen on Comedy Dynamics “Coming to the Stage” and The Late Late Show with James Corden. He currently headlines colleges across the country.

Anica Cihla is a refreshing addition to the Bay Area comedy scene, by way of Seattle, whose style is an approachable blend of observational humor and amicable outrage. They appeared in the 2018 San Francisco Comedy Competition, as well as that year’s 10,000 Laughs Comedy Festival in Minneapolis, MN, featuring heavy hitters such as Ian Karmel, Taylor Tomlinson, and Rory Scovel. Anica worked alongside Jackie Kashian and Maria Bamford during the 2016 All Jane Comedy Festival in Portland, OR, and was a quarterfinalist in the 2016 She-Devil Comedy Festival in NYC.

Kaseem Bentley's no-holds-barred style commands your attention even when the check is dropping. Currently he doesn't have an agent, manager, or a million Twitter followers, but club bookers still take a chance on him. Kaseem has appeared on Viceland, NBC SeeSo, KQED, and Rooftop Comedy, and was named one of SF Weekly's Comics To Watch.

This comedy event is included in your NightLife ticket purchase.