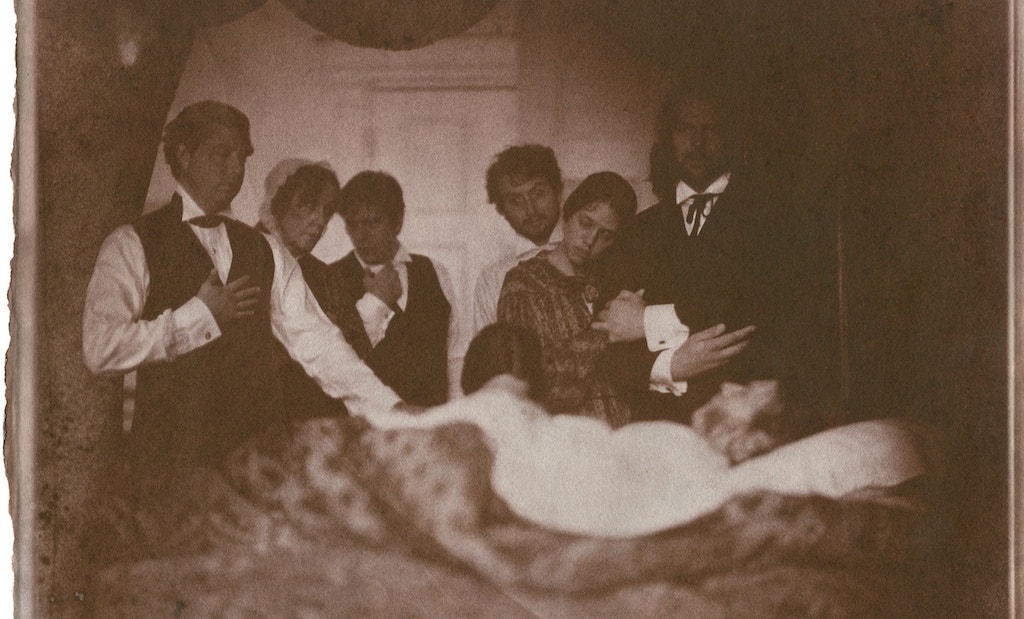 Poignant recreated scenes of death and grief during the 19th century explore a time when families gathered by the bedside of the dying and funerals were held at home. Pay your last respects at family patriarch Seabury Tredwell’s deathbed upstairs, then join in the mourning in the double parlor, hung with black crepe and set with a coffin for his funeral.

In the 20th century, with advances in medicine, hospitals became the place of death and many customs of dying, bereavement, and remembrance disappeared. Today, many of these customs are making a resurgence as a Good Death takes on new meaning.

NEW this year! 19th century postmortem portraiture from The Burns Archive and 21st century neo-conceptual artist Heide Hatry‘s posthumous portraits created out of human cremated remains: Icons in Ash. We invite you to stage your own pre-postmortem photograph in our 19th century coffin. Then share with your friends on Instagram and Twitter #mhmcoffin2018. Included with regular admission; reservations not required.

NOTE: No RVSP required. This event is FREE with museum admission ($15 general, $10 seniors/students)