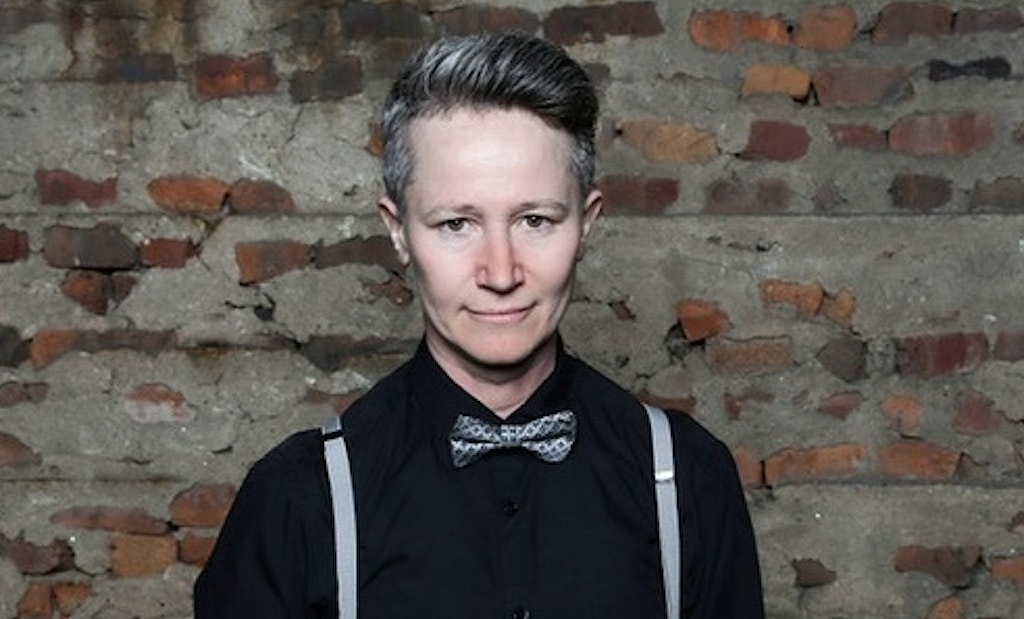 TELL is Queer folks telling true stories from their life on a theme. Hosted and curated by Drae Campbell

“Carrying.On” is a special edition the monthly queer storytelling show, TELL. Hosted and curated by Drae Campbell. TELL has been featured on “This American Life” and is the longest running show at The Bureau of General Services Queer Division. “Carrying.On “ features two powerhouse storytellers: Pooya Mohseni and Elsa Waithe. They will be sharing their own true stories and or narratives around the themes of life , death and carrying on. In the LGBTQ community, as with most marginalized communities, we go to a lot of memorials. The way in which we honor Queer people’s lives in life and death belongs to us just as our stories do. There will also be an opening musical set by Vie Paula. TELL is an event that seeks to give space to queer individuals to own their narratives around large themes. A chance to “snatch back the narrative“ and tell their stories on their own terms.

Pooya Mohseni is an Iranian/American actor, Transgender activist and writer. Pooya appeared in an award winning one woman show, titled "One Woman", in United Solo Festival at The Theatre Row, written by Cecilia Copeland & directed by Joan Kane. Her other recent stage performances include "The Good Muslim" by Zakiyyah Alexander, directed by William Carden at Ensemble Studio Theatre, Baltimore Center Stage’s “The White Snake”, directed by Natsu Onoda Power, Madame in The OUTLIERS’ production of "The Maids" directed by Ben Gunderson and the title role in "Death of a Persian Prince" at NYMITF & SAIPAF, directed by Dewey Moss. She's a recurring guest star on the new crime drama "Big Dogs" produced by Choice Films & Theatricals, directed by Mathew Penn and Tony Glazer, to be released in 2018. She’s also a recurring guest star in the first season of the USA network's "Falling Water". Follow @Pooyaland on Twitter/Instagram

Elsa Waithe is a comedian and activist from Norfolk, Va, currently residing in Brooklyn, NY. Her comedy is a mix of lighthearted but critical jabs at homosexuality and race, but she mainly just talks about herself and weed. She’s taken home 1st place and “fan favorite” 3 times at the Virginia Beach FunnyBone in 2013. She appears on Internet Action Force. NBC Stand-Up Semi-Finalist. She was also featured on NPR’s “This American Life” in Oct. 2015. Elsa is a regular at Greenwich Village Comedy Club in Manhattan and The Experiment Comedy Gallery in Brooklyn.

South Bronx bred, performance fed, Vie Paula is a Caretaker, Thing Maker, Singer/Songwriter, and Licensed Massage Therapist striving to learn how to tell the whole truth and spend as much time as possible with their roommate's cat. With night life entertainment in the far away past and a recent foray into all things extra, Vie wants to see you and be seen by you. They are currently working on staying connected and engaged, figuring out what fun is, and creating a life worth staying awake for.

Drae is an actor, storyteller, curator and emcee. She received a BFA in Theater from the University of The Arts in Philadelphia. Drae has been spotted on IFC.Com, Conan. Refinery29 and numerous films. Look for her in the forthcoming, DINETTE which was just featured at Tribeca Film Fest, 2018. Some theater credits : Only You Can Prevent Wildfires, Ricochet Collective, Non-Consensual Relationships With Ghosts, La Mama, My Old Man, Dixon Place, Oph3lia at HERE. She appeared as a radical lesbian in Taylor Mac's 24 Decade History Of Popular Music at St. Ann's Warehouse. Also, she once reigned as Miss LEZ. www.draecampbell.com