Reimagine | The Dying of the Light: Death in the Cinema - Allan…
New York 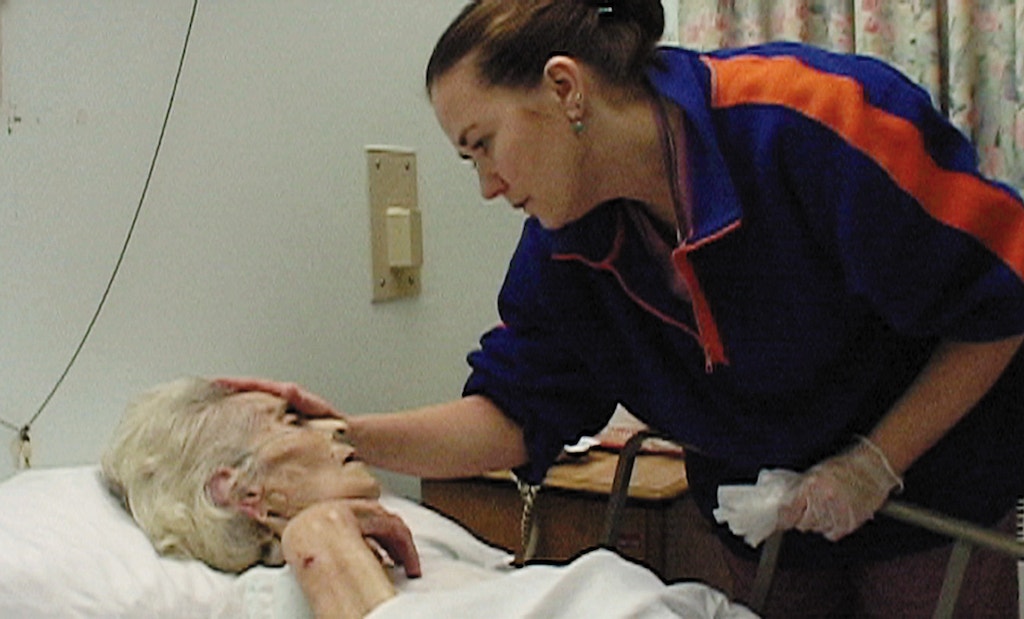 As part of "The Dying of the Light: Death in the Cinema" - a selection of films that delve deeply and unflinchingly into the experience of death and dying - Anthology Film Archives presents a special screening of DYING AT GRACE. “After two decades of fiction films and television docs [including the classics WARRENDALE and A MARRIED COUPLE], Allan King set out to address his own aging with an ambitious project charting the final months of five patients in the palliative care unit in Toronto’s Grace Health Care Centre. The result is King’s masterpiece, a cinematic experience like no other, one that’s unequivocally devoted to examining the slow and methodical process of death. […] Using the nightly nurse reports of each patient’s condition as a keen narrator, King constructs a lengthy procedural on the nuances of death, the deeply touching moments between family members and patient, and finally the staggering silence during the final moments of these people’s lives.” –Glenn Heath Jr., SLANT MAGAZINE