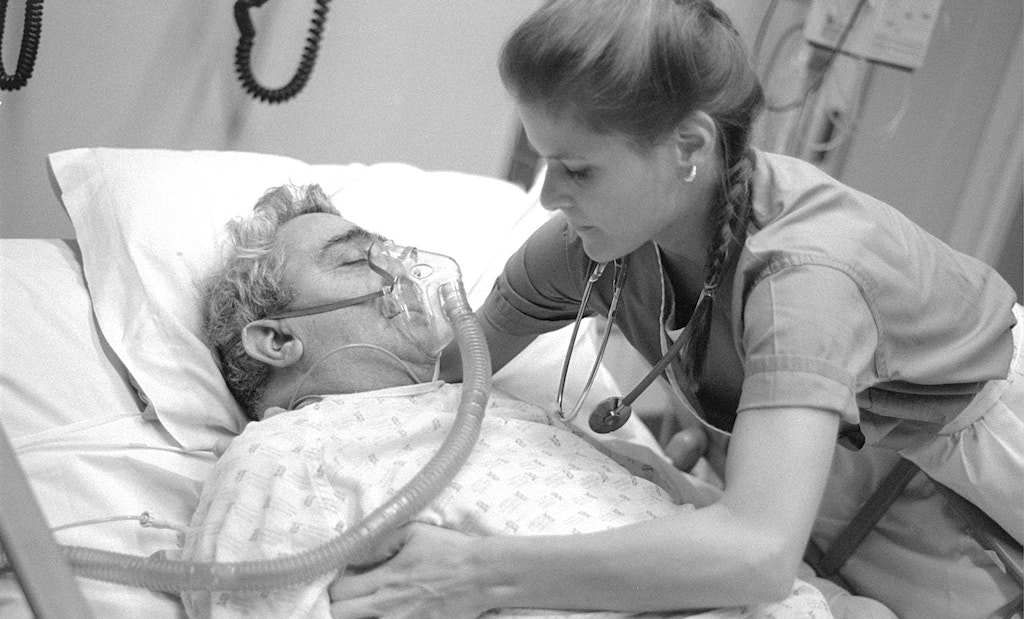 As part of "The Dying of the Light: Death in the Cinema" - a selection of films that delve deeply and unflinchingly into the experience of death and dying - Anthology Film Archives presents a special screening of Frederick Wiseman's NEAR DEATH. Filmed at the Medical Intensive Care Unit at Boston’s Beth Israel Hospital, the film charts the complex interrelationships among patients, families, doctors, nurses, hospital staff, and religious advisors as they confront the personal, ethical, medical, psychological, religious, and legal issues involved in making decisions about whether or not to give life-sustaining treatment to dying patients. Consisting largely of long, circling conversations that Wiseman is determined to capture in all their repetitiveness and incremental progress, NEAR DEATH is as much about the acceptance of death among the living as it is about death itself.