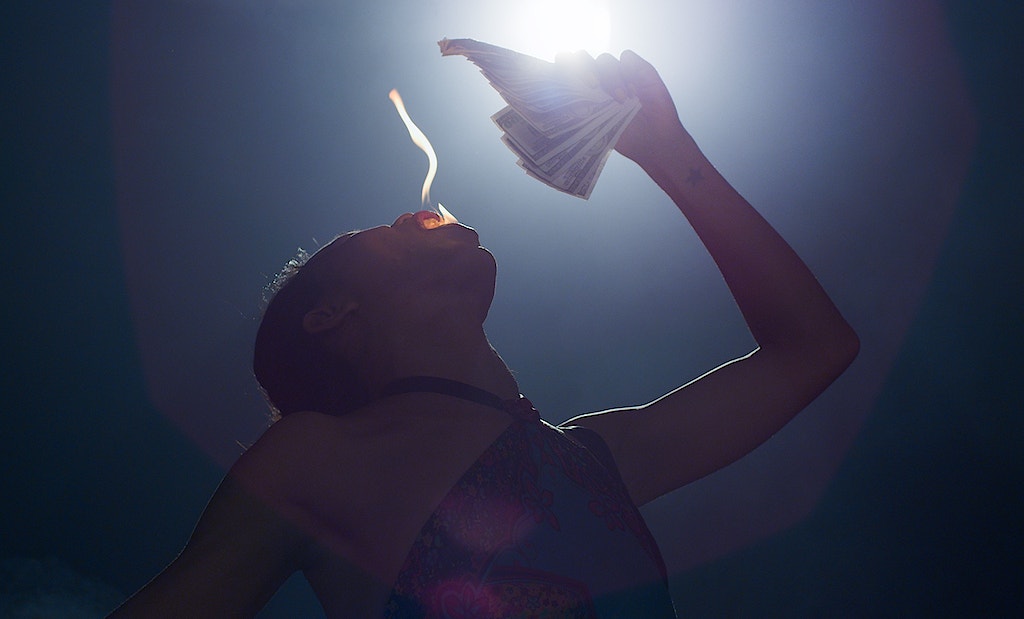 The Living Need Light, The Dead Need Music by The Propeller Group is a visual and musical journey through the fantastical funeral traditions and rituals of south Vietnam, and a rumination on death and the lives that pay homage to it.

The Living Need Light, The Dead Need Music by The Propeller Group – an artist collective based in Ho Chi Minh City – is a visual and musical journey through the fantastical funeral traditions and rituals of south Vietnam. Created for Prospect. 3 New Orleans Biennial, the film attempts to engage in dialogue with funerary traditions that pulsate in the same vein throughout the global south. It merges documentary footage of actual funeral processions with stunning re-enactments that bring the film into the realm of the abstract, poetic and metaphorical – a rumination on death and the lives that pay homage to it. The program will feature an introduction by Deirdre Boyle, Associate Professor of Media Studies at The New School and a talkback with Dr. Boyle and Laurel Kendall, Curator of Asian Ethnology at the American Museum of Natural History. The film is courtesy of The Propeller Group and James Cohan, New York.

Founded in 2006, The Propeller Group uses the languages of advertising and politics to initiate conversations about power, propaganda and public perception. Their first survey exhibition opened at the MCA Chicago in 2016, and travelled to the Blaffer Art Museum, Houston, TX, the Phoneix Art Museum, AZ, and the San Jose Musuem of Art, CA. TPG's work has been featured in the 56th Venice Biennale, Italy (2015) and has been the subject of further solo exhibitions at the Minneapolis Institute of Art, MI; Grand Arts, MO; and the Carnegie Museum of Art, PA. Their work is included in the collections of the Museum of Modern Art, New York, NY; the Guggenheim Museum, New York, NY; the Los Angeles County Museum of Art, CA; Carnegie Museum of Art, Pittsburgh, PA; New Orleans Museum of Art, LA; Speed Museum, Louisville, KY; the Art Gallery of New South Wales, Sydney, Australia, the Queensland Gallery of Modern Art, Brisbane, Australia; Burger Collection, Hong Kong; and the Singapore Art Museum.