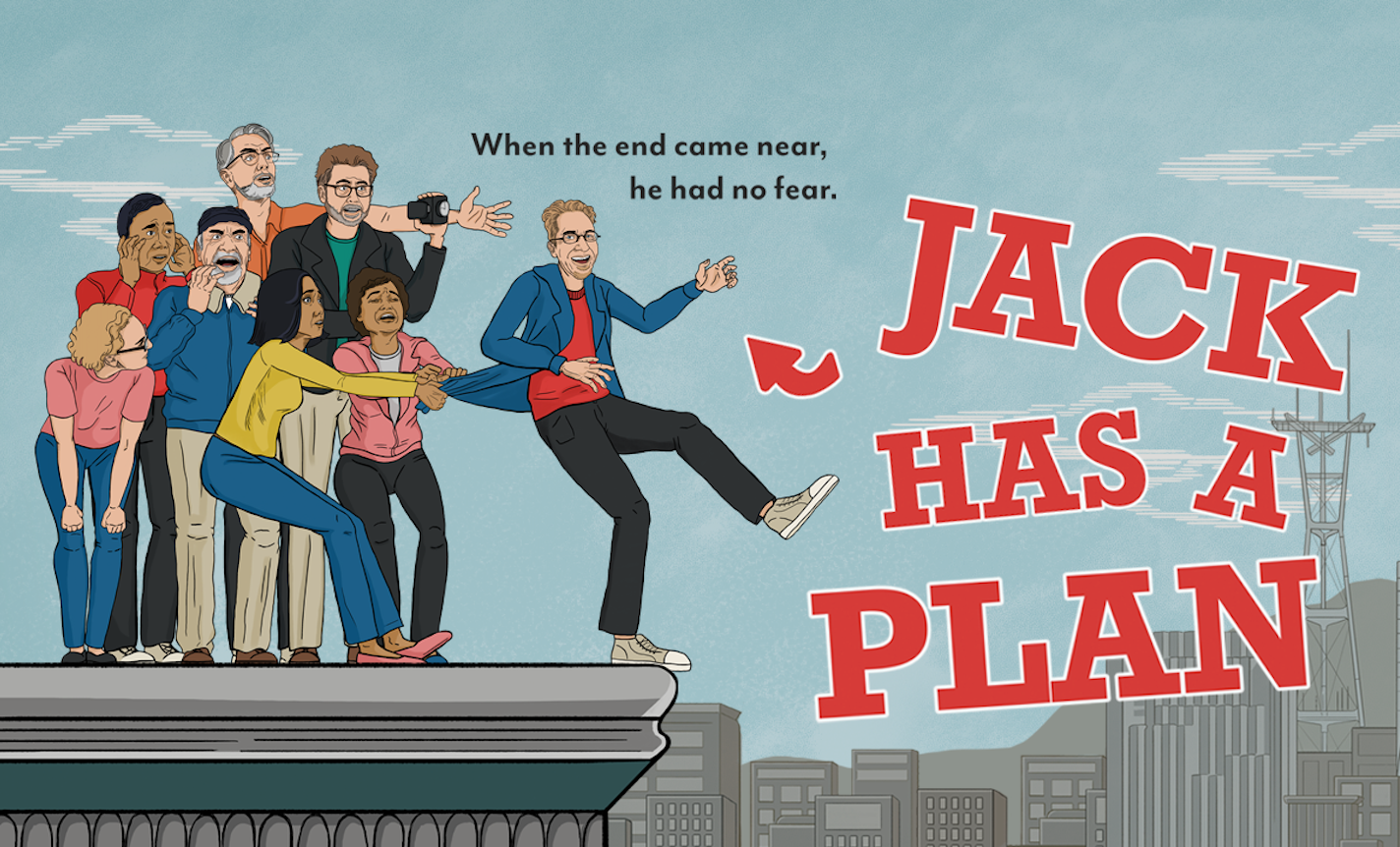 Ojai Art Center
113 S Montgomery St,
Ojai, CA 93023
RSVP
Join us for the Ojai film festival screening of JACK HAS A PLAN and 'Death over Drafts' meetup after the showing.

"As joyous, thrilling and funny as any film about death could be." (San Francisco Examiner)

"If dying is an art, Jack Tuller is practically Picasso." (Rotten Tomatoes)

Purchase tickets for the film screening as part of the 2022 Ojai Film Festival. Single tickets are $12 and $8 for seniors.

Then, Jack Has A Plan, and a special post screening Q+A with Stefanie Elkins, End-of-Life Doula, Be Present Care and Torrie Fields, Advanced and Palliative Care Advocate, and film participant.

Directly followed by a Death over Drafts Event at the Ojai Valley Brewery, a short walk from Theater. Hosted by Stefanie Elkins, End-of-Life Doula, Be Present Care and Torrie Fields, Advanced and Palliative Care Advocate, and film participant.

Whether you're an end-of-life clinician, a caregiver to a loved one, a death literacy advocate, or just curious about an artistic expression of one man's end-of-life journey, this event is for you.

Jack Has a Plan, produced over six years, was inspired by Jack Tuller’s keen desire to document and share his end-of-life story. Jack wanted to remove the taboos associated with discussions about death and dying—and to create the most honest and uplifting case study about how to approach our final days with honesty, openness, and gratitude.