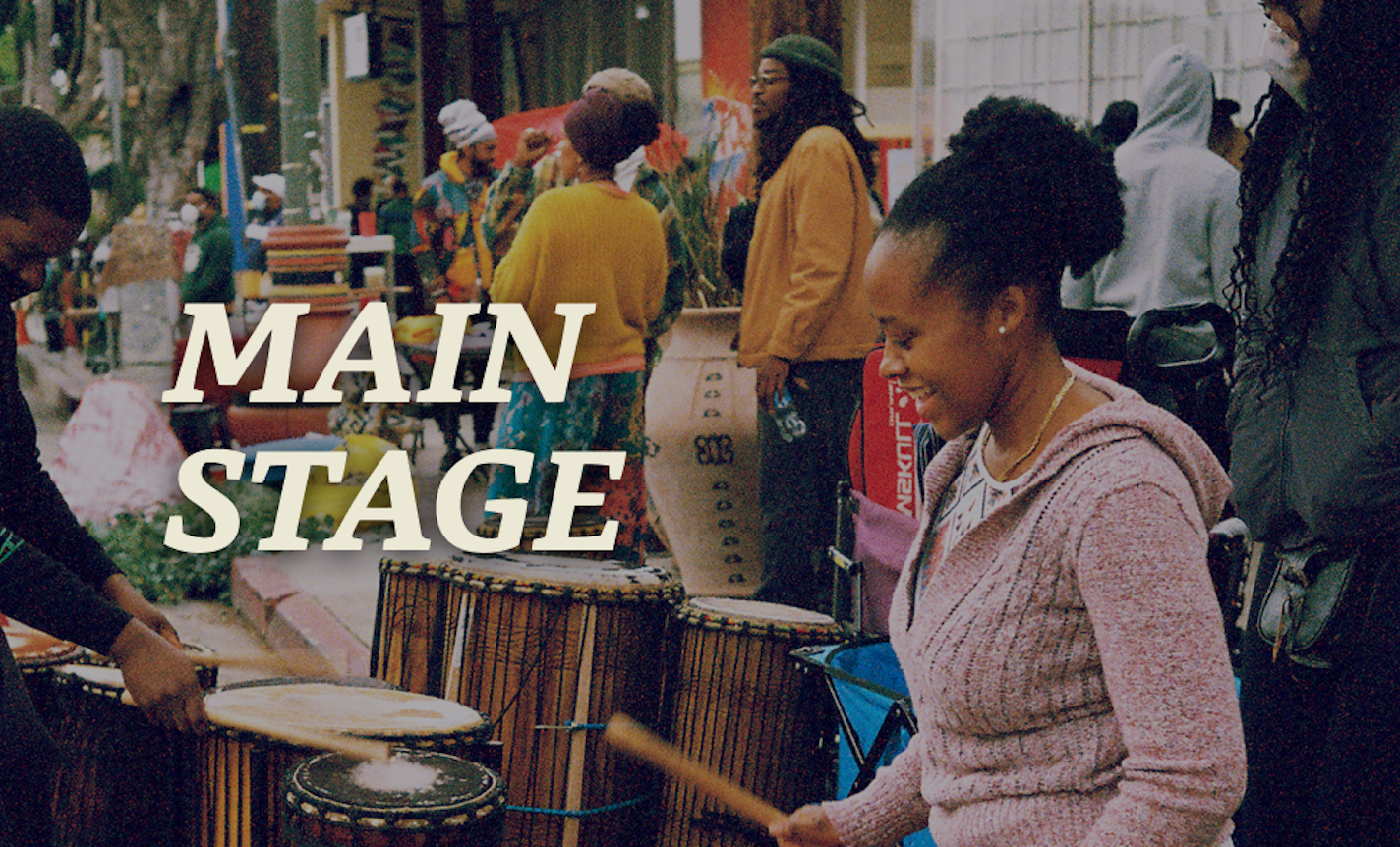 This outdoor concert on the People Street Stage, from 12-6pm, will both expand your mind and your sense of shared humanity.

The first half of the show is focused on the Leimert Park neighborhood using music to connect to those who have come before, exploring how we are all tied together through the generations. The second half of the show, Leimert Park’s black musical history continues to weave a tapestry that brings together themes of loss, life, and love through song.

Crouch Plays Crouch: Saving Grace For Us All

Notable pianist and musical director Kenneth Crouch, of South LA, will pay tribute to his late uncle, the gospel legend Andraé Crouch, by bringing a choir together to channel Andraé's soulful songs into the present day.

Roots to Stems: Say Their Names & Play Their Music so Their Spirits May Live Among Us

Four generations of jazz in Leimert Park, ranging from Billy Higgins to Terrace Martin, will be represented during this set and will be led by Harold “Stemsy” Hunter, who will serve as the bridge connecting the groups of musicians. Stemsy has been part of the area's music scene since the 1980s, when he performed regularly with drummer Billy Higgins, who was a co-founder of The World Stage. He will be teaming up with Terrace Martin, a multi-instrumentalist, singer, and record producer, who has worked with musicians who include, among others, Stevie Wonder, Kendrick Lamar, Snoop Dogg and Raphael Saadiq. The Loss, Life & Love performance marks Stemsy’s return to performing in Leimert Park in close to two decades.

Coming together for this unique engagement, an all-star band of local talents, led by Anthony Brewster, and featuring Supernatural MC, Medusa, I Khan, Georgia Anne Muldrow, and Phillip Fisher, will join as one to explore loss, life and love through song, expressing what these concepts mean to them and the community.

The music components of this unique festival are produced by Leimert Park’s Phillip “Fish” Fisher, who initially gained recognition as the anchor of the band Fishbone in the 1980s, and long-time LA event producer Leigh Ann Hahn.