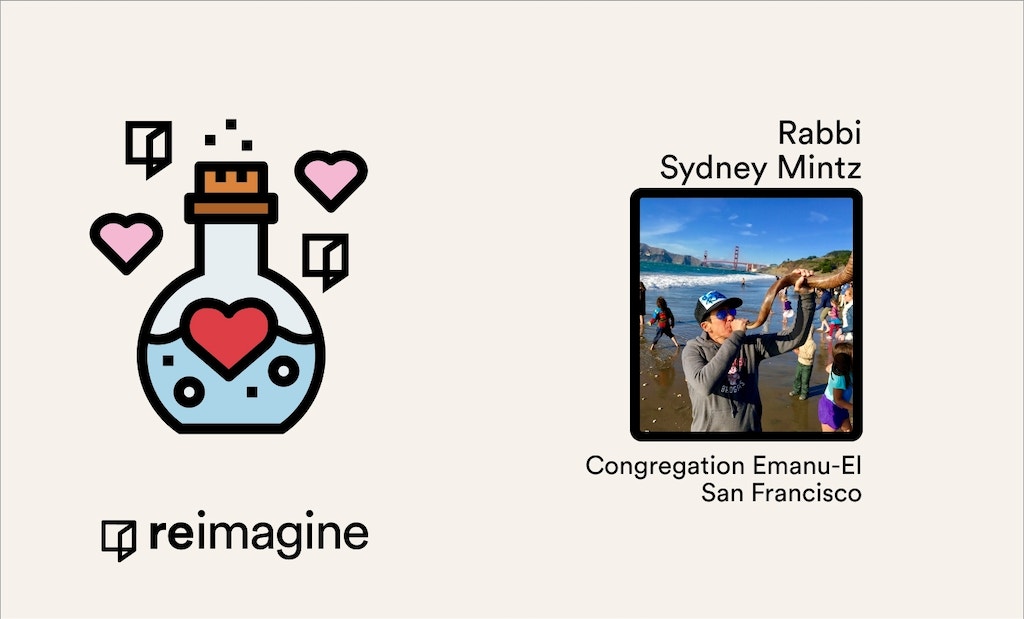 "There's a crack in everything, that's how the light gets in." - Leonard Cohen
Join Rabbi Sydney Mintz of Congregation Emanu-El in San Francisco for a meditation and reflection on how we can impact ourselves, each other and the world in this time of both darkness and light. All times are Pacific Time.

Rabbi Sydney Mintz was ordained in 1997 by the Hebrew Union College-Jewish Institute of Religion in New York City. She is the founder of the award winning Late Shabbat Young Adult Program at Congregation Emanu-El where she has served as Rabbi for the past 22 years. Rabbi Mintz became a Senior Rabbinic Fellow at the Shalom Hartman Institute in Jerusalem in 2004 and serves on the National Board of Bend the Arc: A Jewish Partnership for Justice. She serves on the 360Advisory Council of the Reimagine End of Life Festival. In 2018, Rabbi Mintz’s one woman show “You May Think I’m Funny, But It’s Not” premiered and sold out at the Marsh Theatre in San Francisco.