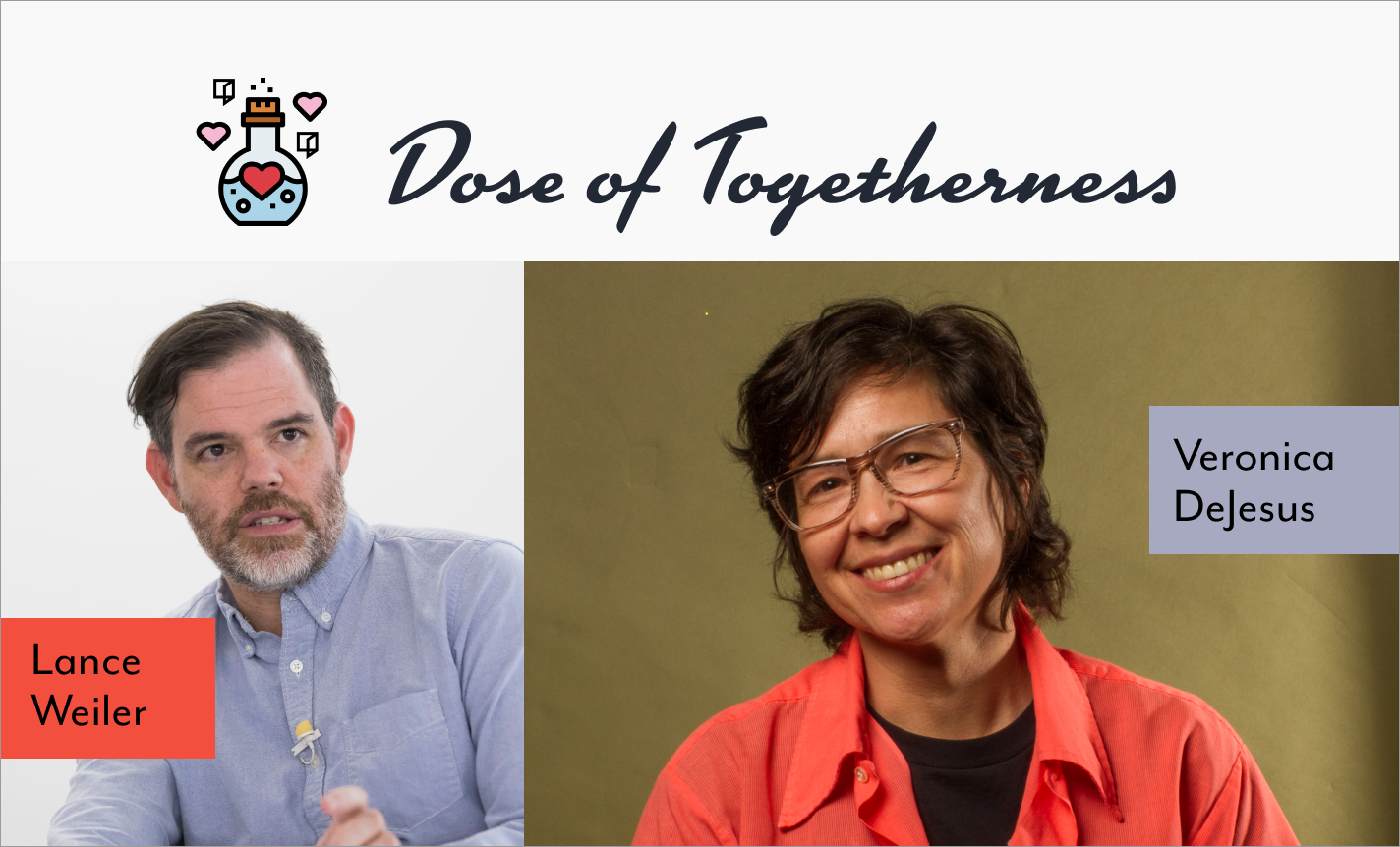 Storytelling may seem like an old fashioned concept, but Lance Weiler shows how storytelling today can connect people and inspire change. Artist Veronica DeJesus will lead a drawing heart meditation.

See how concepts like designing "with and for" and creating empathetic spaces can elevate storytelling, mobilize movements and enable healing.

An alumnus of the Sundance Screenwriting Lab, Lance Weiler is recognized as a pioneer in mixing storytelling and technology. Wired magazine named him “one of 25 people helping to reinvent entertainment and change the face of Hollywood.” He was nominated for an International Emmy in digital fiction for his work on Collapsus: The Energy Risk Conspiracy. His collaboration with David Cronenberg entitled, Body/Mind/Change premiered at the TIFF Lightbox and went on to win the American Alliance of Museums’ Jim Blackaby Ingenuity Award. In 2018 Lance co-created Frankenstein AI, a multi-year project that explores humanity’s relationship to artificial intelligence through storytelling, performance and immersion. Frankenstein AI was an official selection of the Sundance Film Festival and later was commissioned by the National Theatre’s Immersive Storytelling Studio and IDFA Doc Lab. In the fall of 2019, Lance co-wrote, produced and directed The Raven an immersive adaption of over fifty Edgar Allan Poe works. The Raven invited guests to investigate a haunted early-19th century mansion using only Bose augmented reality audio glasses and carrying an enchanted Internet of Things lantern. An official selection of The New York Film Festival, The Raven premiered at the festival prior to kicking off a month-long run. Weiler’s most recent work entitled, Where There’s Smoke had its world premiere at the Tribeca Film Festival in 2019. The 1,400 sq ft experience became the first off-site installation to ever be staged at the festival. IndieWire wrote “Over 100 movies screened at the 2019 Tribeca Film Festival, but one of its best offerings lets you walk inside the frame and experience a story from the inside out.” Lance is currently touring Where There’s Smoke and is developing the project into a limited TV series and YA novel.

Lance is a Professor of Professional Practice at Columbia University School of the Arts where he is jointly appointed in Film and Theatre. He co-founded the School of the Arts’ Digital Storytelling Lab and since 2013 has served as its director leading and shaping the lab’s vision and programming.

Veronica DeJesus was raised in Miami, Los Angeles, and Oakland, and on the road (primarily Hwy 10). Much of her work reflects on loss and how it plays out over time. DeJesus has had solo shows in New York City, Atlanta, Los Angeles, and San Francisco, and her work has been featured in publications around the world. She has a BFA from San Francisco Art Institute and an MFA from UC Berkeley. Recently, DeJesus had a solo exhibition at Berkeley Art Museum. It included 239 memorial drawings. A book titled People are a Light to Love features these drawings created between 2004 and 2016.