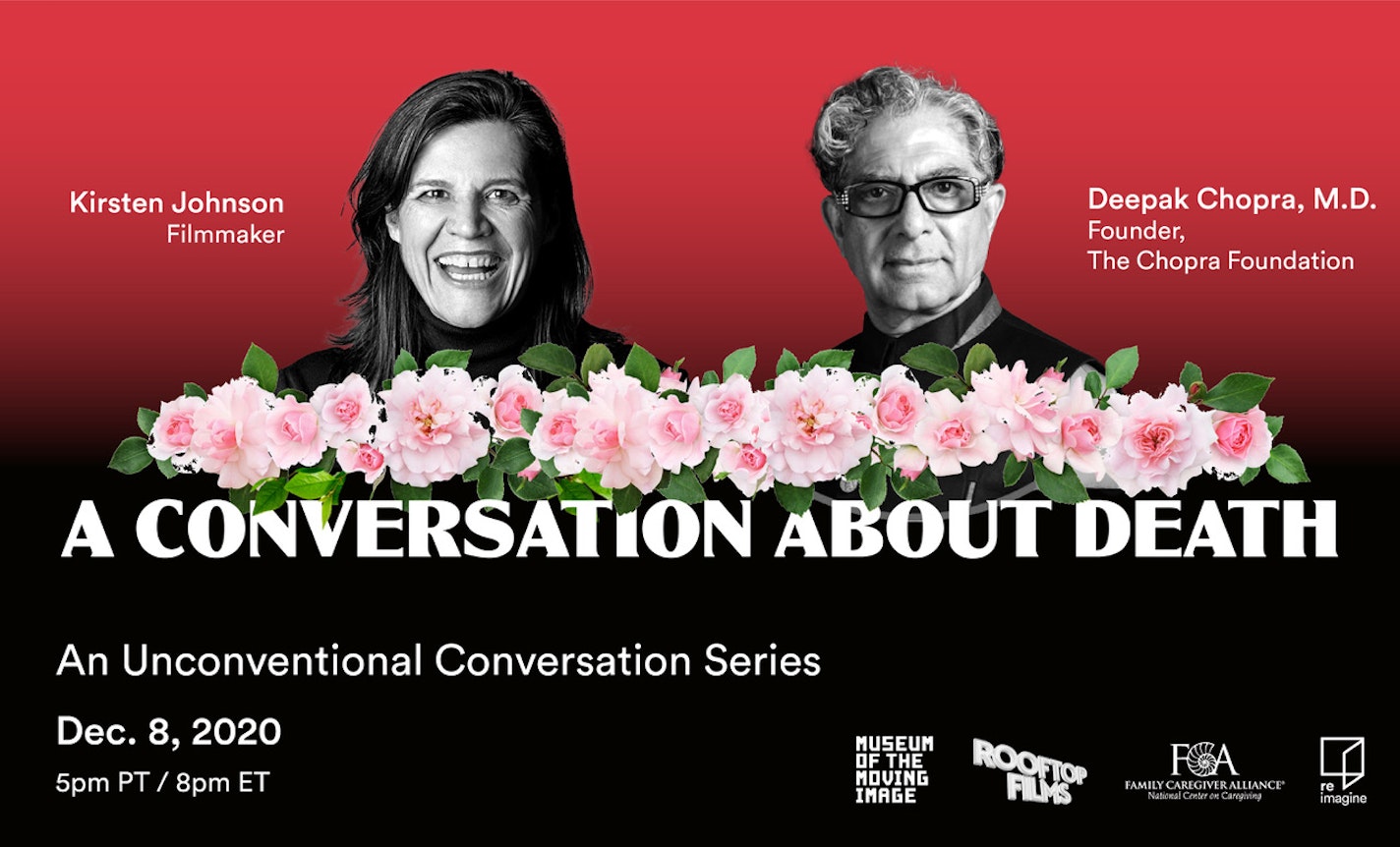 In this 3-part series, filmmaker Kirsten Johnson brings her mix of empathy and irreverence to conversations with leading thinkers and practitioners about caregiving, mortality, and what matters most.

Acclaimed documentary filmmaker Kirsten Johnson chats with Deepak Chopra in this 3-part series inspired by her newly-released Netflix documentary Dick Johnson is Dead. Deepak, the poet-prophet of integrative medicine, will discuss death contemplation as both a creative and meditative practice that alleviates anxiety and allows one to live fully.

DEEPAK CHOPRA™ MD, FACP, founder of The Chopra Foundation, a non-profit entity for research on well-being and humanitarianism, and Chopra Global, a whole health company at the intersection of science and spirituality, is a world-renowned pioneer in integrative medicine and personal transformation. Chopra is a Clinical Professor of Family Medicine and Public Health at the University of California, San Diego and serves as a senior scientist with Gallup Organization. He is the author of over 90 books translated into over forty-three languages, including numerous New York Times bestsellers. His 90th book and national bestseller, Metahuman: Unleashing Your Infinite Potential (Harmony Books), unlocks the secrets to moving beyond our present limitations to access a field of infinite possibilities. For the last thirty years, Chopra has been at the forefront of the meditation revolution and his latest book, Total Meditation (Harmony Books, September 22, 2020) will help to achieve new dimensions of stress-free living and joyful living. TIME magazine has described Dr. Chopra as “one of the top 100 heroes and icons of the century.” www.deepakchopra.com