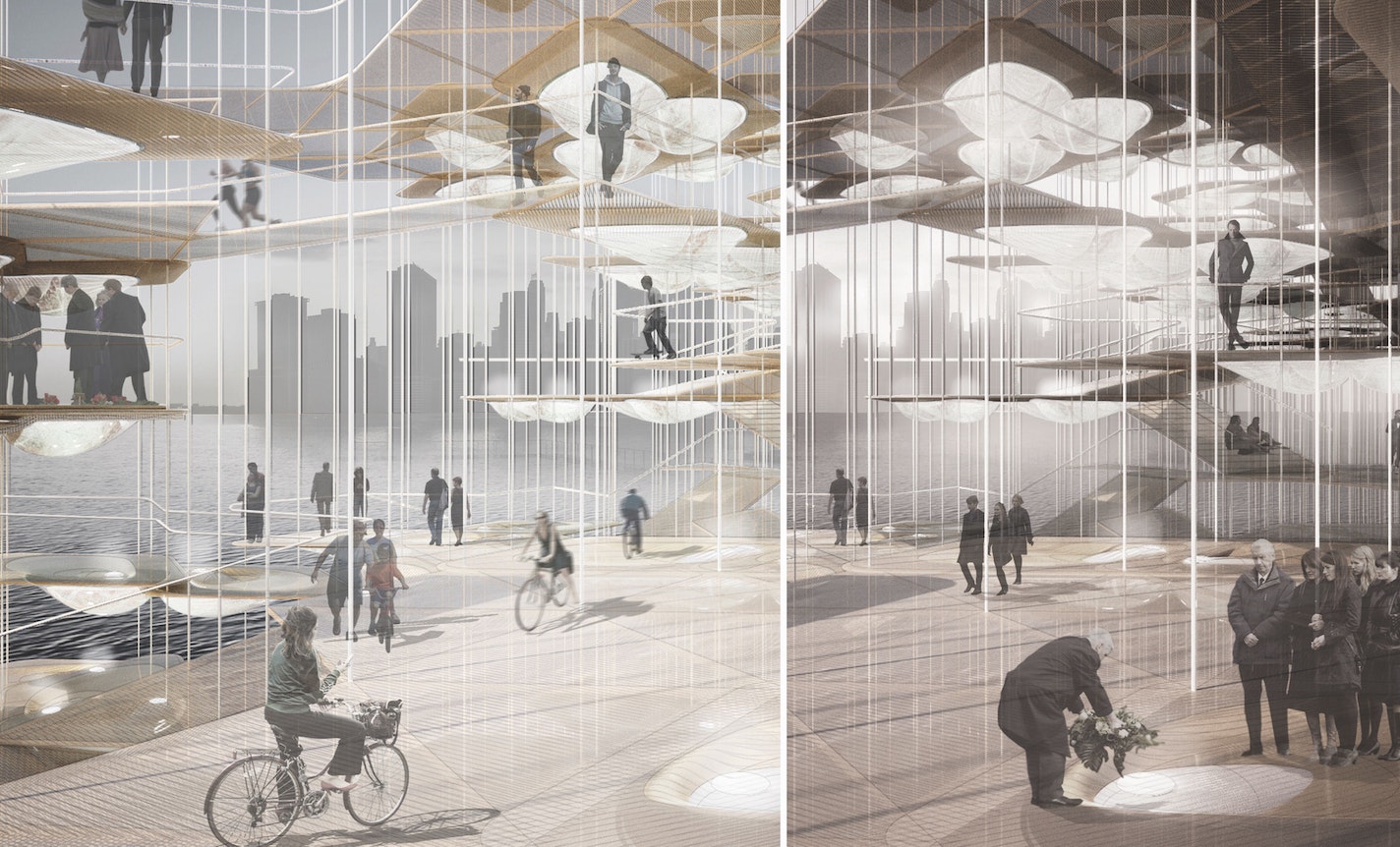 How may we care for the dead and the dying? A conversation with architect Karla Rothstein and filmmaker John Bruce, moderated by Maggie Jones (the New York Times Magazine).

As an architect, Karla Rothstein has been at the forefront of efforts to transform the ways in which we commemorate and place the dead, especially given constraints of space in urban cemeteries and environmental costs of cremation. Through his work as a film maker, John Bruce documents the power of human connections with the dying, who are all too often marginalized from the wider currents of everyday social life. Together, their work raises urgent questions about how to understand life in proximity to death—questions of design, which are just as much questions of dignity and care.

John A. Bruce is a researcher, strategist, and filmmaker. He is Assistant Professor of Design Strategy at Parsons, where he also serves as Director of the Transdisciplinary Design MFA program. Current projects and collaborations include: research and co-directing the documentary project and film, End of Life, the result of 4 years spent with 5 people at various stages of dying; and, strategist for The Light Phone, a simple phone that provokes reflection on our relationships with technology and our ability to be present. His work is informed through explorations of presence, proximity, temporality, participation, exchange, identification, reciprocity, invitation, care and hospitality. His work has been exhibited recently at The New York Film Festival, Cinéma du Réel at Centre Pompidou, ICA London, among others. He was a 2015/16 Fellow at the Graduate Institute for Design Ethnography and Social Thought at The New School.

Maggie Jones is a contributing writer at The New York Times Magazine where she writes about social issues, including race, gender, poverty, youth, immigration, adoption and health. She has been a finalist for a National Magazine Award and was a 2012 Nieman Fellow at Harvard University. She was also the 2015 Senior Ochberg Fellow at the Dart Center for Journalism & Trauma at Columbia University Graduate School of Journalism. She has reported on stories in the U.S and around the world -- from boys who live as shut-ins in Japan to adoptees re-migrating to South Korea; from forensic anthropologists uncovering bones in Guatemala to farm workers in California.

Karla Rothstein is an architect, professor, and creative thinker living, practicing, and teaching in New York City. Her areas of research span intimate spaces of metropolitan domestic life and infrastructures of death and memory. Her interest focuses on the intersections of social justice and the built environment. In both her professional work as design director at LATENT Productions and through over a decade of studios taught at the Graduate School of Architecture Planning and Preservation at Columbia University, Karla engages with alternative and emerging methods of corpse disposal in progressive proposals of civic sanctuary and temporal urban remembrance. As a member of the Columbia University Seminar on Death since 2011, she is committed to the radical reshaping of urban public spaces, which enable us to better honor our dead. In Karla's words, “the rituals surrounding human death and the subsequent disposition of the corpse reflect the social character of the living.”