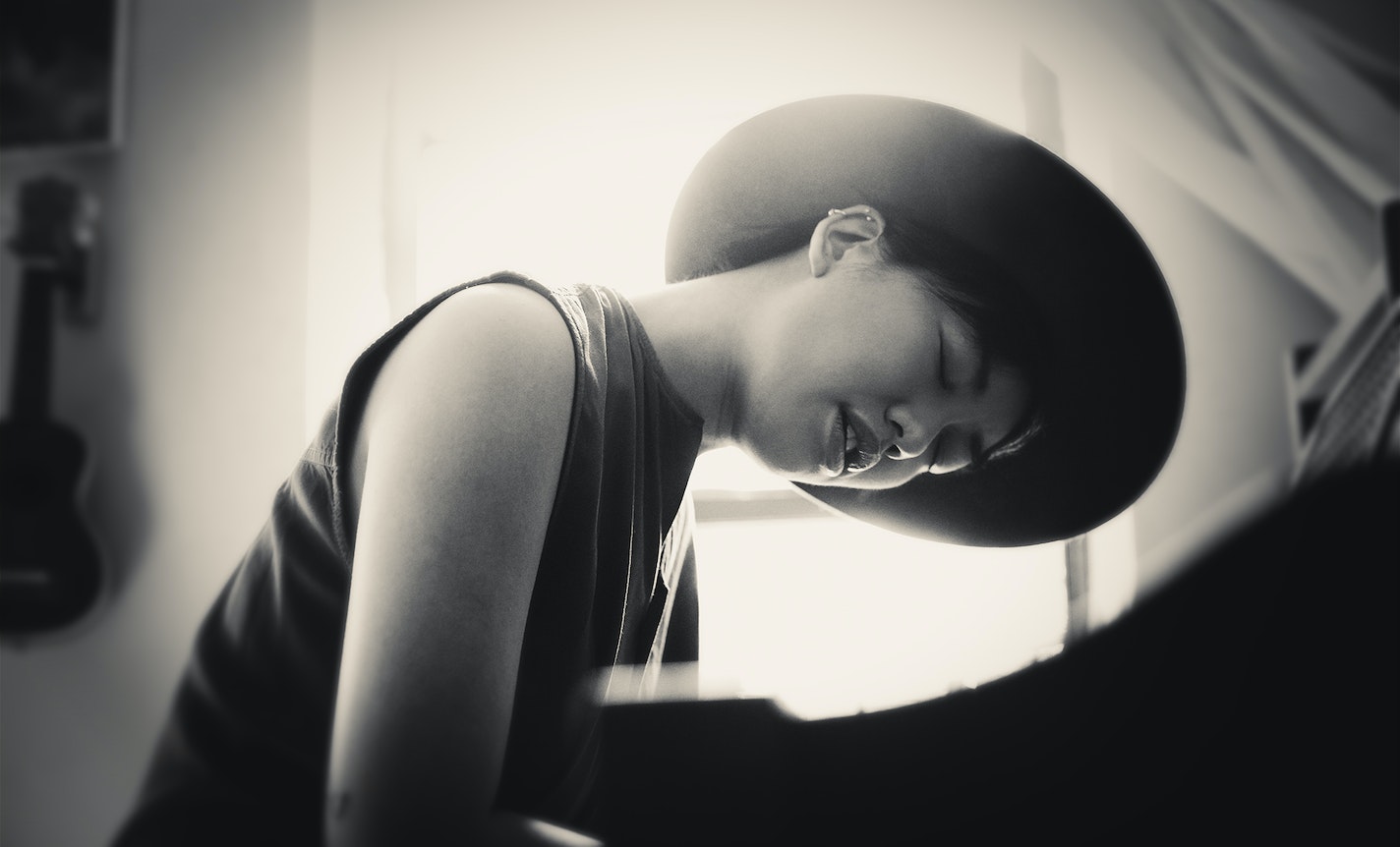 Join us for the launch of Reimagine's Art Responders series, featuring an intimate live performance and conversation with musician Treya Lam.

Art Responders is a new weekly series hosted by Reimagine, featuring each Wednesday a mix of musicians, artists, comics, and writers who are each processing what it means to be human in this moment, grappling with themes of loss, grief, and death.

Musician Treya Lam is kicking off the series, reflecting and sharing new work born during this time of uncertainty, fear, and tragedy. They invite us to sit together with the uncertainty, to hold the space for grief as we try to make sense of this painful time we're living in. They are asking the questions we are all asking ourselves: where do we go from here?

Treya Lam is a multi-instrumentalist and songwriter whose cinematic songs and compositions are built on dynamic classically trained piano, ethereal vocals, meditative guitar and lush chamber-folk arrangements. Their debut album Good News was created entirely by womxn - headed by Kaki King who produced and released the record on her label June 2018. Good News debuted to a sold out show at Joe’s Pub and was supported by a nationwide tour shortly after.

Lam was one of the five artists selected for the 2019 Joe’s Pub Working Group residency and was recently invited to develop and perform a work in response to Ledelle Moe’s latest exhibit at MASS MoCA. Treya is a Core Member of the eco-theatre group Superhero Clubhouse - a company selected to participate in Theatre Row’s inaugural Kitchen Sink Residency.

Treya is an active member of the Resistance Revival Chorus with performances ranging from at Carnegie Hall and the Delacorte Theatre to direct action events throughout New York. Treya’s song Dawn will be featured in the RRC’s upcoming album which will be released on Ani Difranco’s label Righteous Babe Records. Lam seeks out extraordinary venues and has performed original music at the Prospect Park Bandshell, American Museum of Natural History, New York Botanical Gardens, New York Public Library and Madison Square Park.