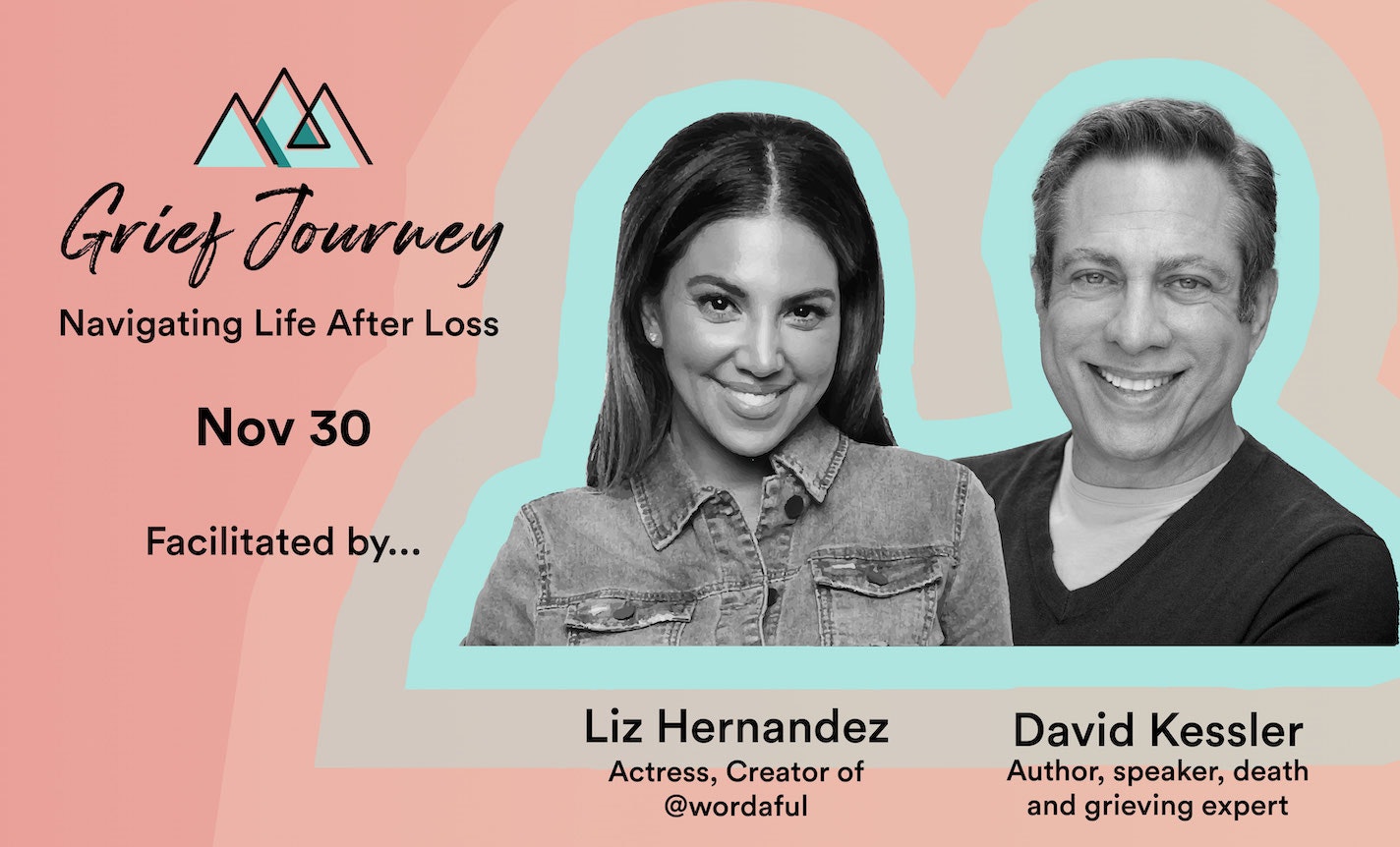 Join WORDAFUL Founder, Liz Hernandez, and Grief.com's David Kessler, in an interactive session on how to find meaning after loss based on David's new book: Finding Meaning: The Sixth Stage of Grief.

Even as a grief expert, David was unprepared for the sudden death of his son, who died at age 21. David had to go through the experience of grief but found himself wanting more – he wanted to find meaning in his life after such a terrible loss. Liz and David connected while she was experiencing her mom’s last chapters of life with Alzheimer’s. Even after the death of a parent for Liz and death of a child for David, they learned and now teach that healing occurs not when grief gets smaller, but when we get bigger and grow around the loss. That is Post Traumatic Growth, that is meaning.

About the Grief Journey | Navigating Life After Loss Three-Part Series:

Join us as we explore grief and mourning through personal stories from world recognized grief specialists as they share practical tips, tools and techniques to help you grieve. This engaging and interactive three-part online series will include time for in depth conversations with the presenters, mediations, personal reflections, writing and small group discussions. Our goal is to create loving and supportive spaces in which your grief can be witnessed, and you can learn how to authentically mourn the losses in your life.

Liz Hernandez is an Emmy-nominated television personality and journalist. When her mother was diagnosed with Alzheimer’s in March 2014, she became aware of the gift of words and how powerfully they influence our lives. She leaned on her background of storytelling to create her company, WORDAFUL, a video and live event series that focuses on the importance of how we communicate with others and ourselves. Through WORDAFUL, Liz has created a new form of storytelling that she hope’s will encourage and connect us to the power of words.

David Kessler is the author of five bestselling books, including the new bestselling book from Simon and Schuster called Finding Meaning: The Sixth Stage of Grief as well as You Can Heal Your Heart: Finding Peace After Breakup, Divorce or Death with Louise Hay. He co-authored two bestsellers with the legendary Elisabeth Kübler-Ross: On Grief and Grieving and Life Lessons. His first book was praised by Saint (Mother)Teresa. He is the founder of grief.com.