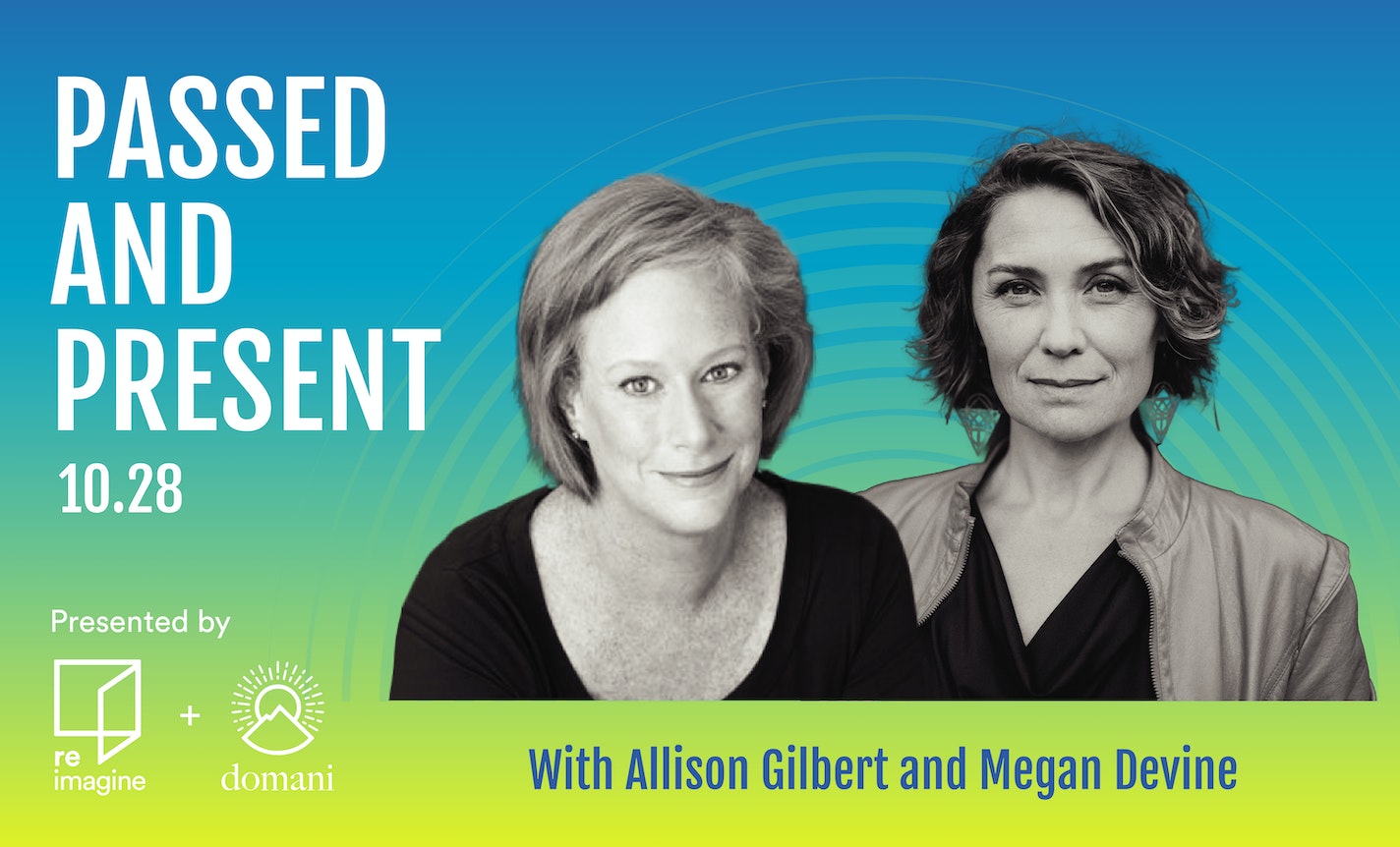 Join this urgent conversation on grief & remembrance with author Allison Gilbert, and Megan Devine, psychotherapist, writer and founder of Refuge in Grief.

Psychotherapist Megan Devine believes that making the world a better place starts with acknowledging grief, rather than seeking to overcome it. She advocates for a revolution in how we discuss loss – personally, professionally, and as a wider community.

Megan is the author of the best-selling book, It’s OK that You’re Not OK: Meeting Grief & Loss in a Culture that Doesn’t Understand, and her guided grief journal, How to Carry What Can’t Be Fixed. Her animated “how to help a grieving friend” video distills a complex issue into simple, actionable steps in just over three (adorable) minutes. Gaining over 50 million views in its first few months, the animation is now used in training programs all around the world.