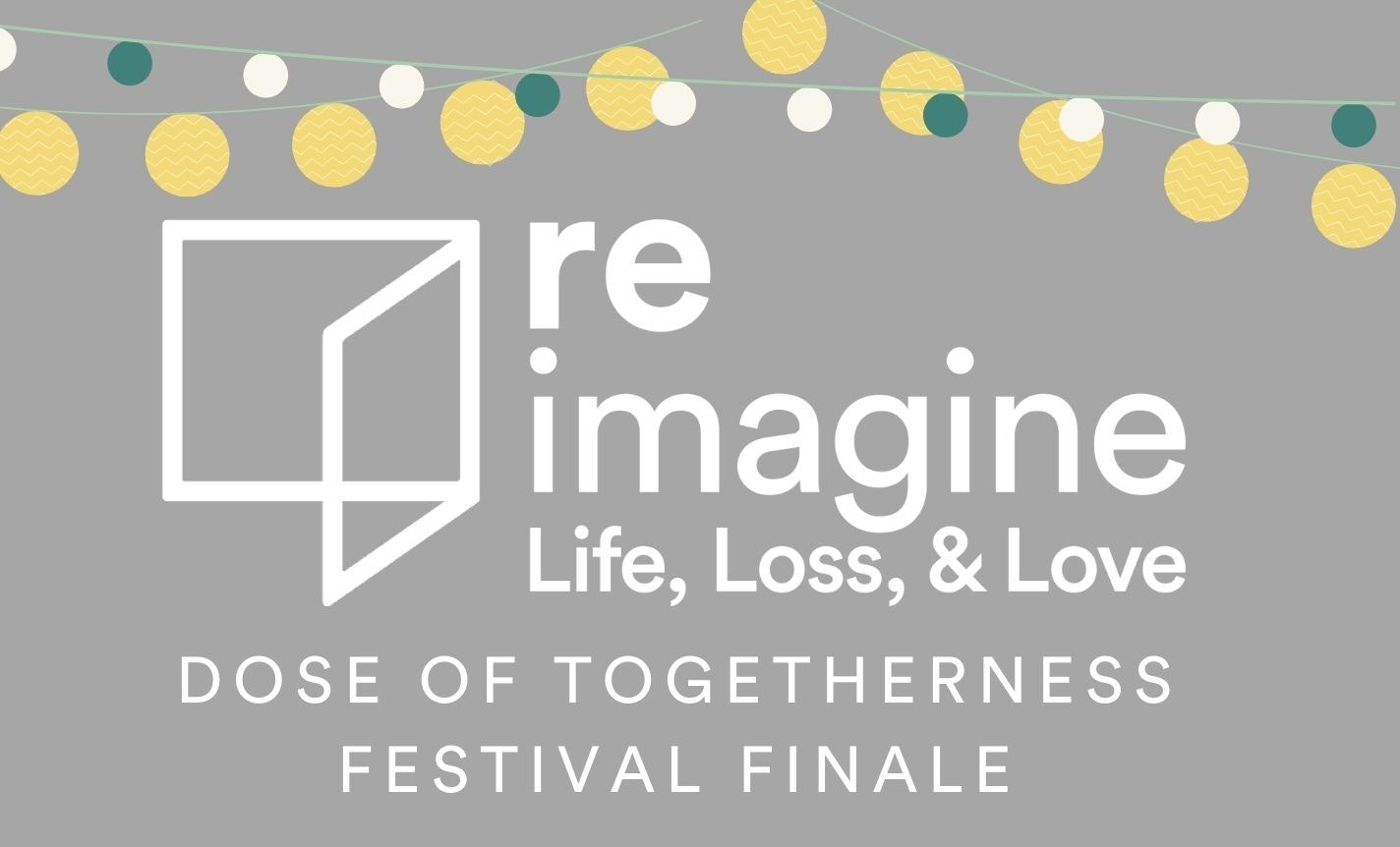 The Dose of Togetherness, launched in April with our partner, Berkeley's Greater Good Science Center, was created in response to the isolation that was spurred by the Pandemic. It has a become a supportive community to many for reflection and connection. These events include guided meditations, reflections from thought leaders, and small breakout groups to explore questions raised during the reflections.

As this is our series finale, we decided to bring back speakers to reflect on different themes explored in the festival, including grief, caregiving, and end of life care. Speakers include:

Hope Edelman, NYT best-selling author of Motherless Daughters, will discuss the Missing Elements of Grief, the ones that get less public attention unless we're talking about post-traumatic growth -- gratitude, appreciation, awe, wonder, humility, insight, wisdom, knowledge, faith, hope -- and how accessing them is very much a choice. In grief, it's easy to forget that we still have some agency, and that sorrow can live side by side with gratitude. Her new book The AfterGrief is coming out in October.

Veronica De Jesus artist, educator, healer and object maker, achievements include creating dialogue about personal stories. Veronica DeJesus was raised in Miami, Los Angeles, and Oakland, and on the road (primarily Hwy 10). Much of her work reflects on loss and how it plays out over time. DeJesus has had solo shows in New York City, Atlanta, Los Angeles, and San Francisco, and her work has been featured in publications around the world. DeJesus is currently working on a project called Veronica and Her Music Works with Marc Weiss from Plastic Alto, Palo Alto Ca.

Dr. Jessica Zitter, MD, MPH, is a national advocate for transforming the way people die in America. She is the author of the newly released Extreme Measures: Finding a Better Path to the End of Life and is the Co-Producer and Co-Director of the documentary, Caregiver: A Love Story. This film highlights an essential, yet largely unseen workforce—the family caregivers of America, and challenges viewers to acknowledge the growing strain placed on them.

Corey L. Kennard is Pastor of Amplify Christian Church and also serves as an activist in the field of healthcare. His holistic approach (body, mind, and spirit) serves as the foundation for his desire to see all human beings treated with dignity, honor, and respect in all facets of life. He began his active work in ministry as well as the business sector over 25 years ago. In addition to serving as a Pastor and healthcare activist, Pastor Corey is a Spiritual Life Coach, Motivational Speaker, and Partner/Board Member for several community organizations that seek to uplift poor and vulnerable in society. As a credit to his work, he has received the Michigan Chronicle’s Men Of Excellence Award as being one of the Top 50 Most Influential African-American Men in the Metropolitan Detroit Region.