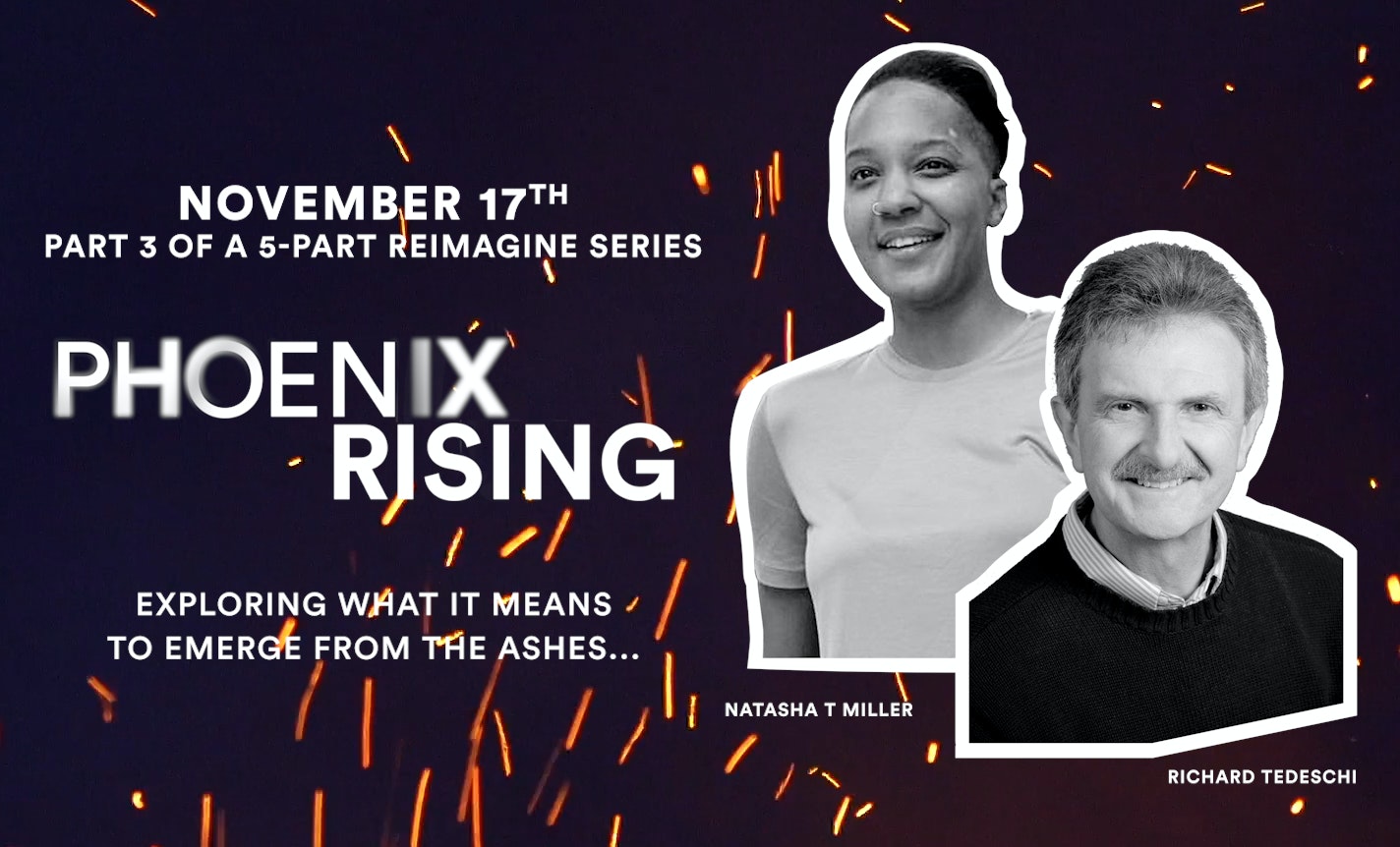 In this session, we learn from two experts about growing and transforming from trauma and loss: one whose practice is rooted in the arts; the other in scientific research. Author and performance poet Natasha T Miller will perform her poetry and share how sometimes a story of loss might actually save a life. Psychologist Dr. Richard Tedeschi will explain five areas of post-traumatic growth theory that he developed and offer insights on his current work with veterans.

Natasha T Miller is a Detroit, MI native, author, performance poet, LGBTQ activist, film producer, and founder of the “Artists Inn Detroit”. Natasha has been a member of four national slam teams, starred in a national Sprite commercial and a Shinola CNN ad, and a three-time, top-five finalist for the Women of the World Poetry Slam. She has awed audiences across the world at more than a hundred universities, and venues, performing in stadiums for as many as thirty thousand people. She has been featured in magazines such as Vogue, Entrepreneur, and many more. Recently published by Button Poetry, Natasha’s full-length manuscript Butcher is a collection of poems dedicated to the loss of Natasha’s brother Marcus, grief, sexual identity, and success. Natasha currently (digitally) tours the world using her words to enlighten, create equality, and most importantly spread truth, and forgiveness in the tradition of so many great leaders before her.

Richard Tedeschi, Ph.D. is Professor Emeritus in the Department of Psychological Science at the University of North Carolina at Charlotte, and Distinguished Chair of the Boulder Crest Institute for Posttraumatic Growth, in Bluemont, Virginia, where he has been one of the developers of programs based on posttraumatic growth principles to help combat veterans and first responders. He has published several books and numerous professional articles on posttraumatic growth, an area of research that he developed while at UNC Charlotte. Dr. Tedeschi serves as a consultant to the American Psychological Association on trauma and resilience, is a Fellow of the Division of Trauma Psychology and the Division of Psychotherapy, and is Past President of the North Carolina Psychological Association.