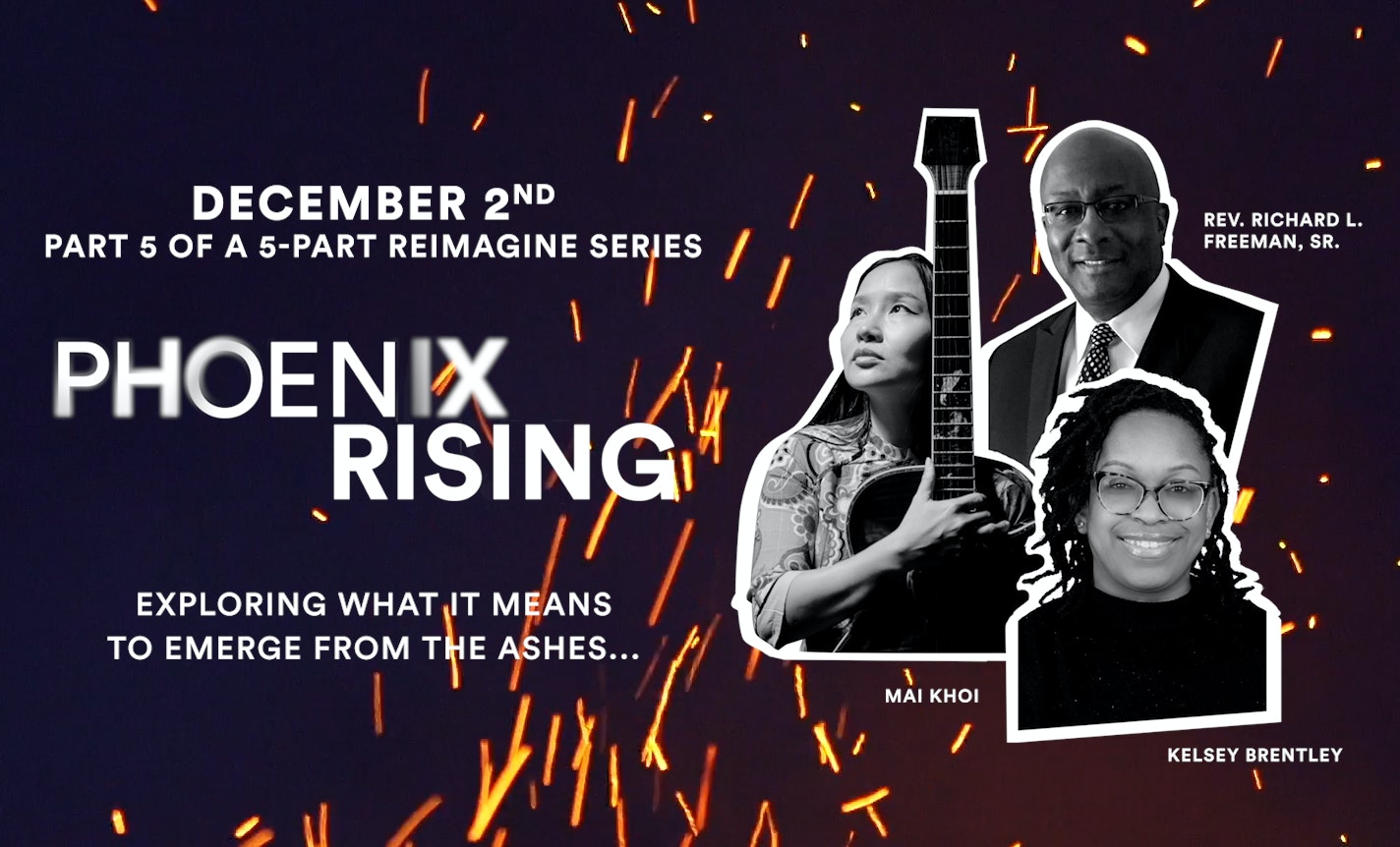 Three guests--all living and working in Western Pennsylvania--share their insights into the possibility of living fully in the face of grief and trauma. From both personal and professional perspectives, each one has a unique experience of loss and growth. Kelsey Brentley is a nurse who cared for pregnant women while grieving her own experience of motherhood. Like all refugees and immigrants, musician and activist Mai Khoi lost a home but gained new freedom and a new style of expression. As a hospital chaplain and minister, Rev. Richard L. Freeman sojourns with individuals and families by sharing his own story of growth after being orphaned as a teenager. Co-hosted with City of Asylum, Highmark Health, and Pediatric Palliative Care Coalition of Western Pennsylvania.

Kelsey Brentley is a native of Pittsburgh, PA who currently serves as the Nurse Manager of the Postpartum Unit at Allegheny Health Network’s West Penn Hospital. As a Registered Nurse and a Certified Breastfeeding Counselor, she has a passion for providing quality care for women and infants. She is currently enrolled in Capella University’s Master’s of Science program pursuing a degree in Nurse Leadership and Administration. Outside of her professional responsibilities, Kelsey is a mom of two beautiful girls and enjoys sharing her story about her journey to and through motherhood to encourage others.

Throughout his ministry Rev. Freeman has been a bi-vocational servant. He has led the chaplaincy program at Children’s Hospital of Pittsburgh for twenty-three years while concurrently serving as the Senior Pastor of the Resurrection Baptist Church in Braddock, PA. Rev. Freeman has presented at numerous conferences and symposia on topics including Caring for the Caregiver, Managing a Multigenerational Workforce, End-of-Life Care: A Holistic View, and How to Bring Spiritual Care to Palliative Care. He is the President of the Pennsylvania Interfaith Impact Network (PINN), a faith-based community organization putting faith in action. Rev. Freeman is intimately involved in the struggle for a living wage for all workers, ecological equity and police accountability. His current interests lie in the area of restorative justice and equitable treatment of formerly incarcerated citizens. He asserts our response to any social justice issue is to be informed by our faiths without being dictated by our faith. In his forthcoming book, Navigating the Seas of Suffering: Thoughts from a Pastor’s Heart, Rev. Freeman will share observations of pain and healing as an sojourner with grievers while sharing his own story of growth through the death of his parents when he was orphaned at 15.

Mai Khoi is a Vietnamese artist and activist. She rose to stardom in 2010 after winning the Vietnam Television song and album of the year awards. Several years later she became increasingly uncomfortable having to submit her work to government censors and, thinking she could reform the system from within, nominated herself to run in the National Assembly elections on a pro-democracy platform. Her campaign sparked a nationwide debate about political participation. Today, she leads efforts to promote freedom of artistic expression in Vietnam for which she was awarded the Vaclav Havel International Prize for Creative Dissent. Her activism has, however, come at a high price and it is no longer safe for Mai Khoi to live in Vietnam. To date Mai Khoi has released eight albums. She has toured the US, Europe, Australia and Taiwan. Mai Khoi is at work on a biographical performance piece entitled Bad Activist. With all original songs, the narrative charts the extraordinary trajectory of Mai Khoi’s life—from renowned Vietnamese pop star to dissident activist, fighting for artistic freedom in Vietnam and pitting herself against the strong arm of the communist government. www.mai-khoi.com