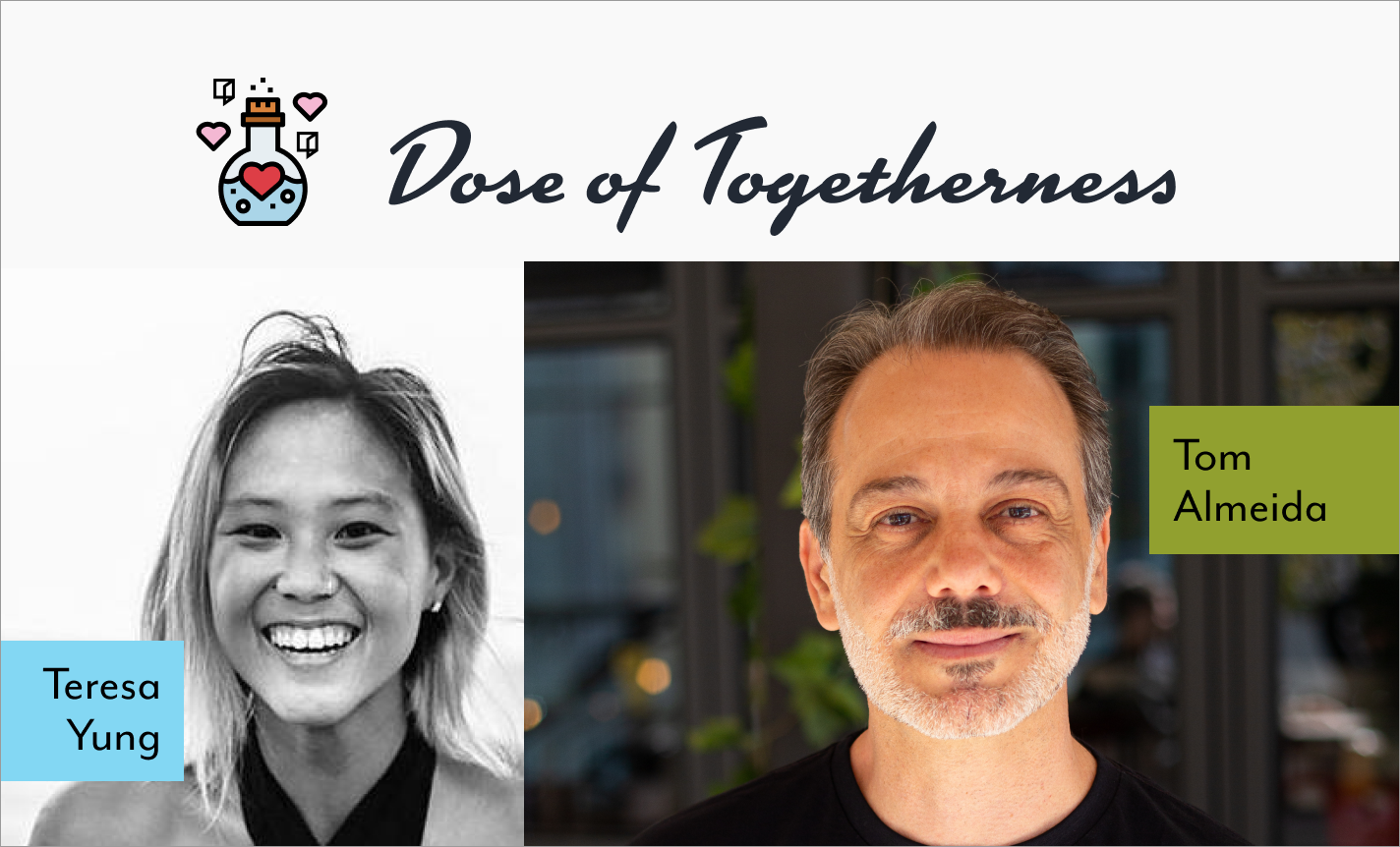 Join Tom Almeida, Founder of InFINITO Movement, and learn about his quest to improve the way we are dying. Reimagine's Margaret Beim will lead a guided meditation.

Brazil is one of the worst countries to die, according to an article published in The Economist magazine in 2015.

Tom Almeida is determined to change this scenario and believes that creating spaces for sincere conversations about living and dying has the power to change this scenario. He will share the initiatives and results of the inFINITO Movement, especially the Death Movieclub where they select a meaningful film that deals with end of life, grief, death and/or remembrance. And host a powerful community conversation at the close of the film.

Born and raised in Brazil, Tom Almeida is a social entrepreneur, founder of the inFINITO Movement, creator of the Death Movieclub, columnist at Finitude Podcast and director of Death Over Dinner Brazil.

Losing his mother, his cousin and his father three years in a row was a life changing experience and he understood that much of the suffering is directly related to how we live the process of dying, inwardly and socially. Talking about death became his mission, and for that reason the inFINITO Movement was born and thousands of people have shown up to have honest conversations about living and dying.

His quest is to place Brazil on the team of global initiatives that work to improve the way we live the experience of dying.

In his spare time you can find (or not) Tom hiding in nature or cooking.

Teresa Yung is a San Francisco based yoga instructor, wellness teacher, and community builder. Her everyday practices are based in presence, breath, and awareness. She is passionate about bringing emotional wellbeing to her communities and beyond. You can connect to her and her online community, Our Virtual Wellness Studio where facilitators from around the world offer virtual experiences from yoga, meditation, breathwork, cacao, workshops, dance, forest bathing, voice activation and more so that we may continue to be together, regardless of distance.